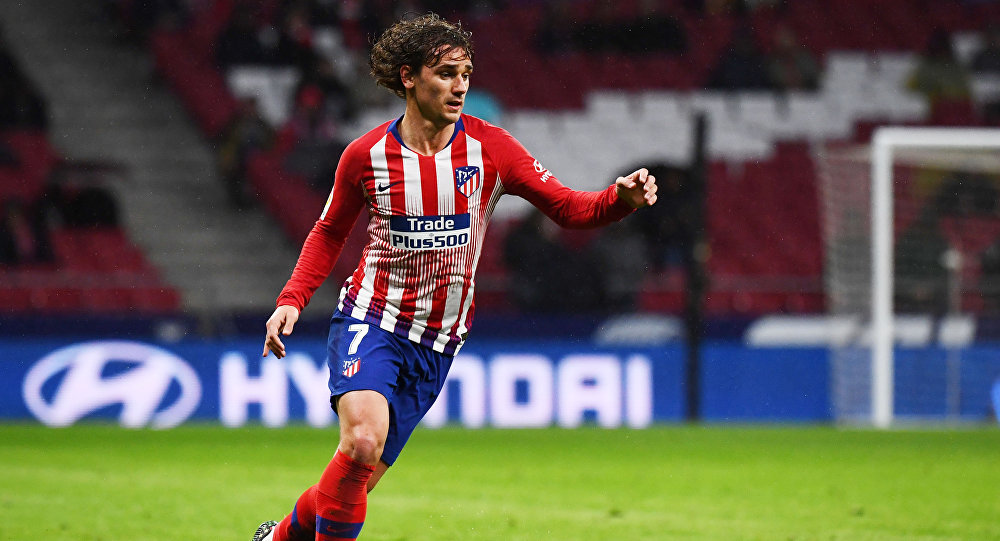 Antoine Griezmann, one of the most coveteed strikers in world football, joined Atletico Madrid in 2014 and signed a five-year contract extension last summer, which was supposed to keep him at the Spanish club until 2023.

French footballer and 2018 World Cup winner Antoine Griezmann has announced that he has informed Atletico Madrid of his intention to leave the football club to "experience new things and have new challenges".

Directly addressing Atletico fans in a video statement shared via the club's Twitter, the forward said that they are first to learn the news after the team's manager Diego Simeone and Miguel Angel, the chief executive.

"I wanted to tell you that I’ve made the decision to leave to experience new things and have new challenges. It’s been very hard for me to take this path, but I feel that it’s what I need. I wanted to thank you for all the love you’ve given me in these five years, in which I’ve won my first important trophies with a club. They were incredible moments that I will always remember. The truth is you’re in my heart", the footballer said.

. @AntoGriezmann: "These five years have been incredible. Thank you very much for everything, I carry you in my heart." pic.twitter.com/uz1jwQj1Sg

The announcement comes as a surprise since the 28-year-old Frenchman, who spent his entire professional career in Spain, signed a five-year contract extension only last summer despite rumours that he might leave for Barcelona FC.

As Griezmann broke the shocking news, the speculation that he's the number one target for Barcelona has returned to the spotlight — and it's been fuelled by an Italian reporter who tweeted that the Catalan club is ready to pay a whopping $140 million release clause for him.

Barcelona are now ready to pay €125M release clause for Antoine Griezmann. Talks ongoing with the player about the contract to finalize the deal (5 years). New meeting on next days 🔵🔴#Barça #Atleti #transfers… https://t.co/TILmCUanS7

This bombshell has triggered a massive Twitterstorm, with many social media users convinced that Griezmann is set to join Barcelona:

Not a fan of Griezmann and not really for him joining Barcelona but he is world class. At 28, he is in his peak and he wants that Champions League. Suarez not getting any younger (or better), the team needs another goal scorer.

Though with a heavy heart, his loyal fans thanked the player for his contribution to Atletico's achievements and wished him luck:

You're breaking my little Atleti soft spot you Grizzly! All the best wherever you land(FCB or wherever) but I strongly feel that you should have stayed at Atleti. It fit you best. It was your home.😢

Thank you for everything Anto especially the Funniest celebrations

You’re an incredible sportsman Antoine. Respectable in every aspect of the game. Good luck to all of your future endeavors! You will be missed ⚽️

Incidentally, some netizens pointed to a documentary, La Decision, from last summer in which Griezmann brought an end to rumours of a potential transfer to Barcelona by announcing he was staying at Atletico Madrid:

Barcelona to Griezmann one year after the documentary pic.twitter.com/EakyoZS7ZD

right right right ok but how do I get a refund for those 30 minutes I spent watching 'La Decisión' last year? 2018 me is LIVID.

Griezmann made a big documentary last year named “the decision” where he rejected Barca to stay at Atletico. Only for him to go to Barcelona the next year.😂🤦‍♂️ pic.twitter.com/mPAi9F01XB

According to a report by Marca, Griezmann's release clause is currently $224 million, but will drop to $140 million on 1 July. The World Cup winner has played a crucial role for Atletico again this season, scoring 21 goals in all competitions to help them finish second behind Barcelona in La Liga, the primary football championship in Spain.