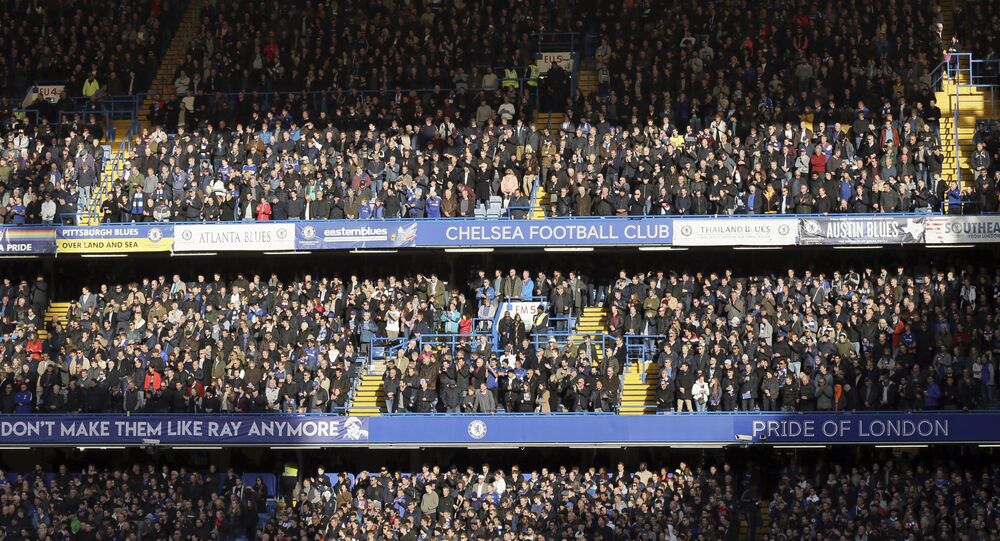 UK's visa refusal to Chelsea FC owner Roman Abramovich last year has plunged the club into uncertainty, including around its homebase, which raised fans' concerns.

The design team working on the expansion of Chelsea FC's Stamford Bridge stadium has been reported to seek cost cuts in the amount of £500 million.

Previously, an "unfavourable investment climate" has been cited by the club, when it issued a statement last May, saying work on their new stadium in west London would be suspended indefinitely. The news came after Roman Abramovich was refused the renewal of his UK working visa in 2018.

The current situation with the club's home stadium is unclear, with Chelsea bosses considering leaving Stamford Bridge in favour of other locations.

The management has reportedly considered moving to Earls Court, but the plan was abandoned in 2010. Other locations included Battersea Power Station, Chelsea barracks and the Chelsea and Westminster Hospital.

Plans to move from their home stadium of 114 years have been criticized by fans online.

For years Chelsea has been planning to transform its stadium into a 60,000-seater, with the venue design compared to a slinky or an ashtray on Twitter.