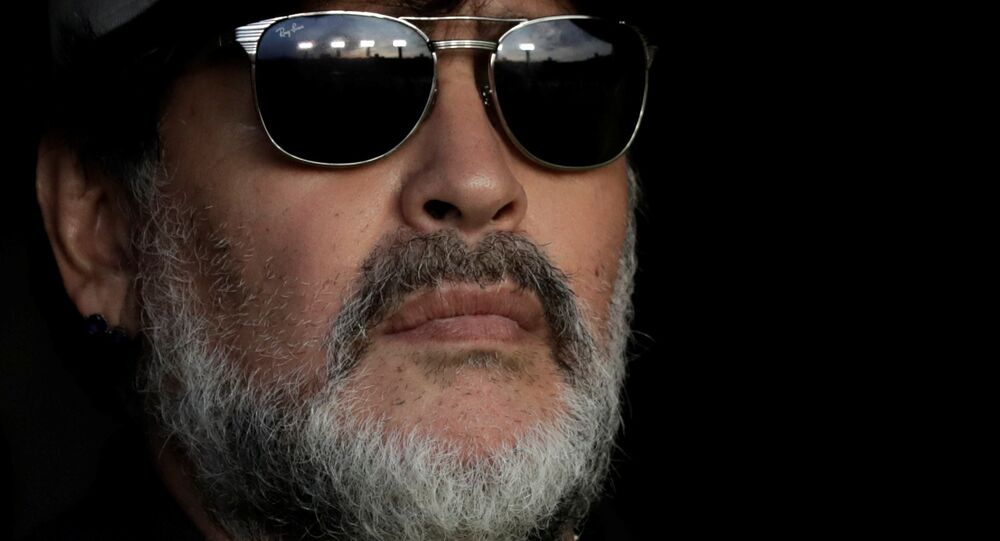 The Argentinian football star moved to Mexico to train and instruct a Sinaloa club, Dorados, a little over half a year ago, managing to turn them around and lead them to shoot up from 13th in their 15-team division to second place.

Legendary Argentinian footballer Diego Maradona’s hopes of winning his first coaching title were wrecked on Sunday as his team, Dorados, lost in their match in the Mexican second-division finals to Atletico San Luis, with their chance of being promoted to the first division similarly being quashed.

Dorados’ rivals, Atletico San Luis, slotted in their lone goal in extra time, grabbing the award-winning title along with a spot in the first division, prompting the coaching 1986 World Cup star to share his feelings:

"I nearly died… But it's fine. I'm sad for my boys, though", Maradona said after the game was over, as quoted by AFP.

The football icon and his team had to deal with the tough task of proceeding to the second leg after a 1-1 draw in the first game at home in Culiacan, in the north-western Mexican state of Sinaloa.

Taking on their rivals at the Alfonso Lastras Ramirez stadium in San Luis Potosi, Dorados managed to hold Atletico to 90 goalless minutes, with Spanish defender Unai Bilbao netting the winning goal for the home team in the 103rd minute, after Dorados’ goalkeeper Gaspar Servio failed to block a free kick.

The defeat of Maradona’s team ended a 14-game streak of being unbeaten, with Dorados’ fans in the stands repeatedly booing the coach, who took on the job at the Sinaloa-based club in September, prompting speculation and jokes over why a person reported to have been battling an array of addictions would move to a hotbed of drug cartels.

In response, the 58-year-old successfully trained Dorados to back-to-back finals, both against San Luis, a Latin American affiliate of Atletico Madrid.

Having now gritted out a win in the spring finals, for the second time after the autumn ones, Atletico San Luis automatically climbed into the first division, whereas had they lost to Dorados, they would now face a play-off to determine which team would be promoted. According to the Buenos Aires Times, Maradona, despite his not so long a stint coaching Dorados, much like other various clubs in Argentina and the Middle East, still cherishes a dream of winning a title as a coach.

In April, though, he said that he was planning to leave the Mexican club at the end of the season, hinting at the league’s referees’ partiality against him.