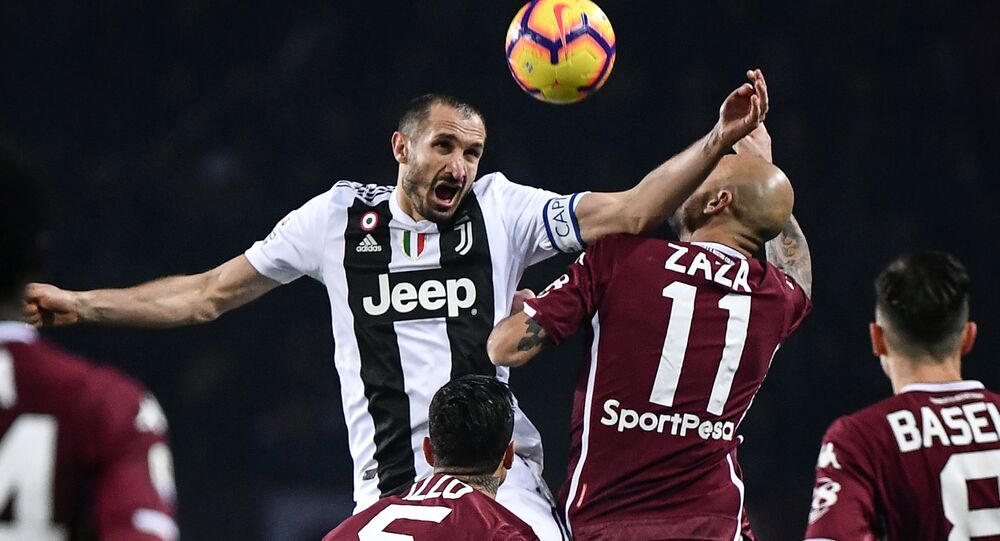 Juventus have been crowned champions of Italy for the eighth successive time. But 70 years ago their crosstown rivals Torino were the greatest Italian team of the era, until a fateful plane journey.

Saturday, 4 May, marks the 70th anniversary of the Superga disaster, when a plane carrying the great Torino team, which had been champions of Italy for five seasons running, crashed into a hillside.

The club never really recovered and has only managed one championship in the last seven decades, while the other Turin team, Juventus, has gone from strength to strength with a total of 35 Italian championships, one European Cup — against Liverpool at the Heysel Stadium in 1985 — and one Champions' League.

The day before the Derby with #Juventus, the fans of #Torino gathered together in front of the bar that belonged to #GuglielmoGabetto and #FrancoOssola, two of the players of "#GrandeTorino" who died in the #Superga tragedy. (Lapresse) #DerbyDellaMole @GTimossi @contrasti_sport pic.twitter.com/fBhg2oNkS7

On Saturday thousands will gather at the Basilica of Superga, on a hill overlooking Turin, to commemorate the disaster on 3 May 1949 which claimed the lives of 27 passengers and four crew members.

The team, which played in the famous maroon shirts and were known as Il Grande Torino (The Great Torino), were on their back from a match against Benfica in Lisbon when their Fiat G212 plane crashed into the hillside as it tried to find its way to Turin's fogbound airport.

A delegation from the #JuventusMuseum is at Superga today on the occasion of the 70th anniversary of the tragedy involving the Grande @TorinoFC_1906. Together, with the delegations from the museums of @CARPoficial, @SLBenfica and @acffiorentina. pic.twitter.com/8UHp554yTT

​Eighteen players — including seven who had won international caps for Italy — were killed instantly, along with the manager, four coaches and three journalists.

A museum at Grugliasco, five miles west of Turin, houses thousands of team photos, documents and other memorabilia from the crash, as well as seats from the Stadio Filadelfia, Torino's home until 1958 when they moved into the Stadio Comunale.

The museum also contains the suitcases of defender Virgilio Maroso, midfielder Valentino Mazzola and Hungarian manager Egri Erbstein, who all died in the Superga disaster.

4 May marks the 70th anniv. of the Superga air disaster when an airline flight, carrying the 'Great Torino' football team, crashed into the Basilica of Superga, near Turin. All 31 on board died. At the request of rival teams, the team was made winners of Serie A. RIP. pic.twitter.com/PQ5FUH7vQz

​Among those who died was Les Lievesley, the club's English coach.

"It was a terrible day with low cloud and poor visibility, the plane went into the hill. It was like I was moving about in a bit of a dream for a while," Lievesley's son Bill told the AFP news agency.

"Outside of Italy most people have never heard about the Torino disaster; the only football disaster they know about is the Manchester United one (at Munich in 1958)," said Bill Lievesley.

"I certainly didn't forget about it because it completely changed my life around," said Bill, who was just 10 when he lost his father, a former Manchester United defender.

To understand the significance of 'Il Grande Torino', listen to our podcast with @theinsidelefty and @TorinoBlogger

​Torino were the masters of Italian football at the time and their team contained legends like Guglielmo Gabetto, who scored 122 goals in 219 games for the club as well as five in six for Italy, and his strike partner Mazzola, who hit 118 goals in 195 games.

The club struggled to recover from the disaster and was even relegated to Serie B in 1959.

They bounced back and won a seventh Serie A title in 1976, but since then they have remained in the shadow of Juventus — and their superstar striker Cristiano Ronaldo — and are unlikely to regain superiority any time soon.

Torino's 3rd kit for next season:

Names of those who lost their lives in the Superga air disaster make the bull. pic.twitter.com/eb3jkiYkzG