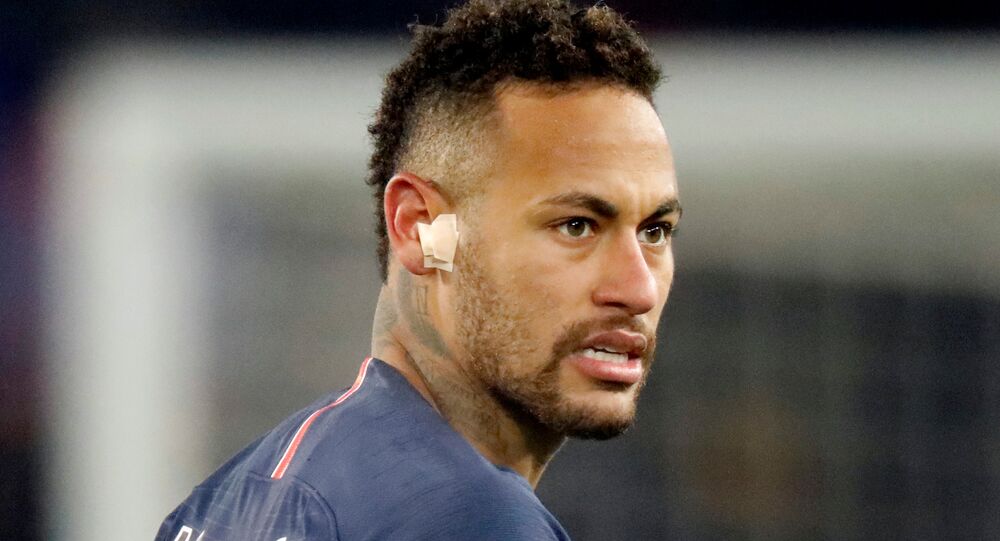 Paris Saint-Germain FC lost the French Cup final to Stade Rennais Football Club (Rennes) 5-6 on penalties after a 2-2 draw in regular time on Saturday. The goalscorers included PSG's Dani Alves scoring in the 13th minute, Neymar in the 21st and Rennes' Kimpembe in the 40th and Mexer in the 66th.

Brazilian forward Neymar da Silva Santos Junior, commonly known as Neymar Jr. or simply Neymar pushed one fan after losing the French Cup final against Rennes. The moment has been captured on video and published on Twitter.

The video shows the 27-year-old PSG forward, who scored one of PSG's goals, passing by fans along with other teammates. Neymar then stops near a fan, who was filming the players on a phone.

Neymar appears to cover the camera with his hand, push the man in question, and then "punch" the fan on the chin. The conflict did not escalate and Neymar subsequently went to the locker room.