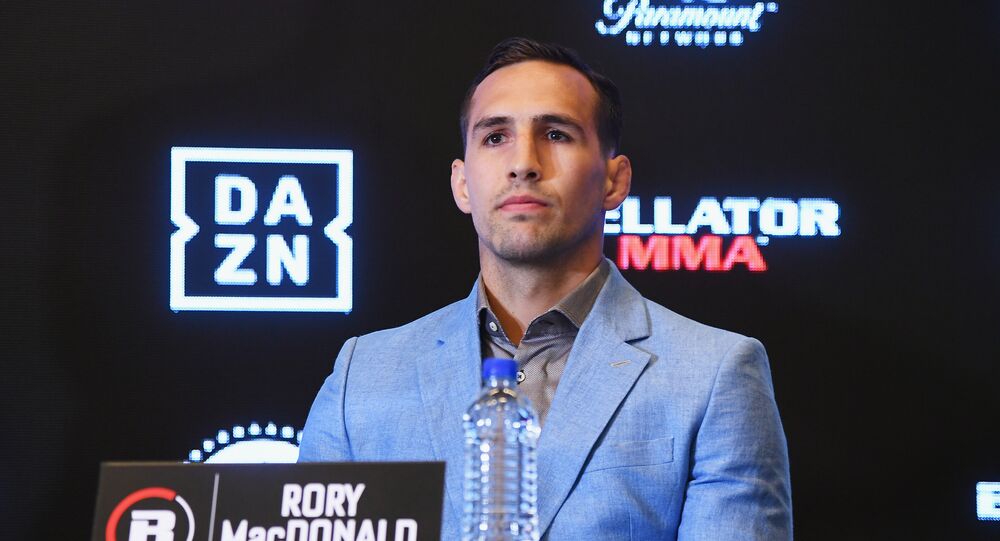 Canadian MMA fighter Rory MacDonald defended his Bellator welterweight belt on Saturday night with a majority draw against his American rival Jon Fitch in the opening round of the grand prix at Bellator 220.

As Rory MacDonald is set to take on Brazilian mixed martial artist Neiman Gracie in the Bellator semifinals this summer following his win over Jon Fitch last night, the current Bellator Welterweight World Champ has revealed that something has changed inside him.

“It’s hard to pull the trigger… I don’t have that killer inside. It’s really hard to explain. I hesitate a little bit now. I don’t know what to say. It wasn’t my best performance”, the 29-year-old fighter confessed after the bout with Fitch.

"I don't know if I have that same drive to hurt people anymore." pic.twitter.com/6Iosk6RPID

MacDonald, who started his career in the octagon very young, cited his renewed faith as impacting his outlook on MMA:

“God has really called me the last little while. He’s changed my spirit, changed my heart. It takes a certain spirit to come in here and put a man through pain and stuff. I just don’t know if I have the same drive to hurt people anymore. I don’t know what it is. It’s confusing. But I know the Lord has something in store for me. He was speaking to me in here tonight. It’s a different feeling”.

His post-fight comments have raised many questions about The Red King’s future in the sport on social media, even though many respected his decision to be honest about his sentiments:

I think we all just witnessed Rory's last MMA fight

Thank god there are professional athletes like @rory_macdonald — I could never fight in a cage the way he has. He deserves respect, and I hope he moves forward and enjoys his life. If this is the last time, then thanks Rory. Hey man, is true fans appreciate you a lot.

@ShaunWatson86 could be the end? One of, if not the most brutal fighters to put the gloves on?

The Red King has fallen

I wonder how many fighters have been in the same boat but not said anything in the past. Pretty much the worst profession to be in with that frame of mind.

I would totally respect Rory's decision if he decided to call it quits. He's given a lot, won a major world title, and this isn't a sport to compete in half heartedly. I say he should follow his heart.

In September 2018, MacDonald suffered his first Bellator loss, after middleweight champ Gegard Mousasi defeated him via TKO, in the second round.