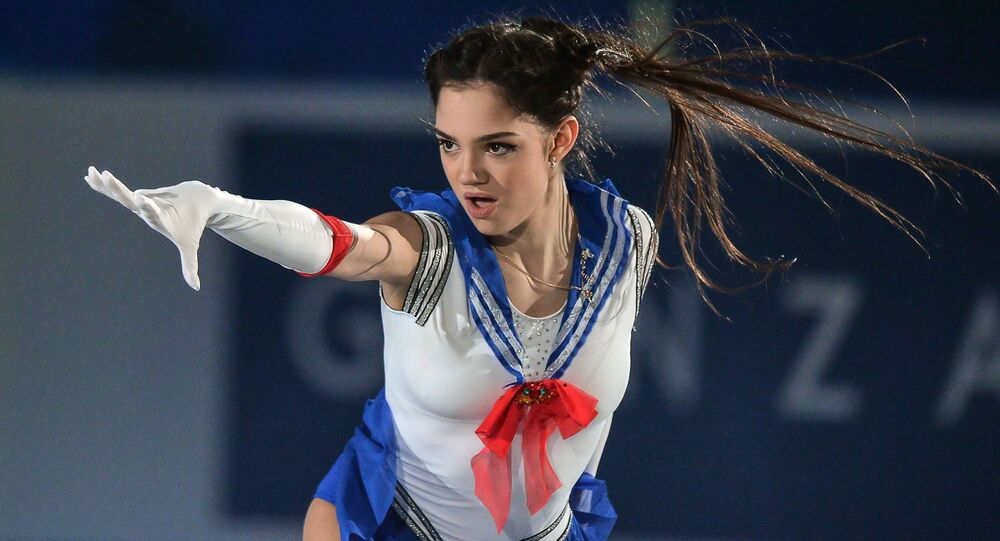 Over the recent year, Russian figure skaters have shocked some audiences with daring performances, stripping on ice or opting for costumes, leaving little to the imagination. After 2015 world champion Elizaveta Tuktamysheva made a splash with her performance to Britney Spears, Evgenia Medvedeva heated up the ice skating rink to the hit 7 Rings.

At the end of this season, which brought two-time world champion Evgenia Medvedeva a bronze medal at the World Championship in Japan, she decided to have some fun and excited her fandom with a sexy performance. The 19-year-old ice skating star put on a crazy pink crop top, tiny skirt and knee socks for her show to Ariana Grande’s hit 7 Rings at Ice Fantasia 2019 in South Korea.

The video of her daring and technically advanced performance was leaked online.

I mean… just look at her 💕@JannyMedvedeva @ArianaGrande you have to see this! pic.twitter.com/ac9kevPurk

​The premier drove fans crazy as they rushed to share their admiration in the comments.

Some immediately drew parallels between her daring image and another Russian figure skating star’s performance, 2015 world champion Elizaveta Tuktamysheva. Earlier this season, she turned heads and might have recruited new fans to her sport with a tribute to Britney Spears’ Toxic, impersonating a stewardess, as she stripped in the middle of the performance and finished the show in her bra.