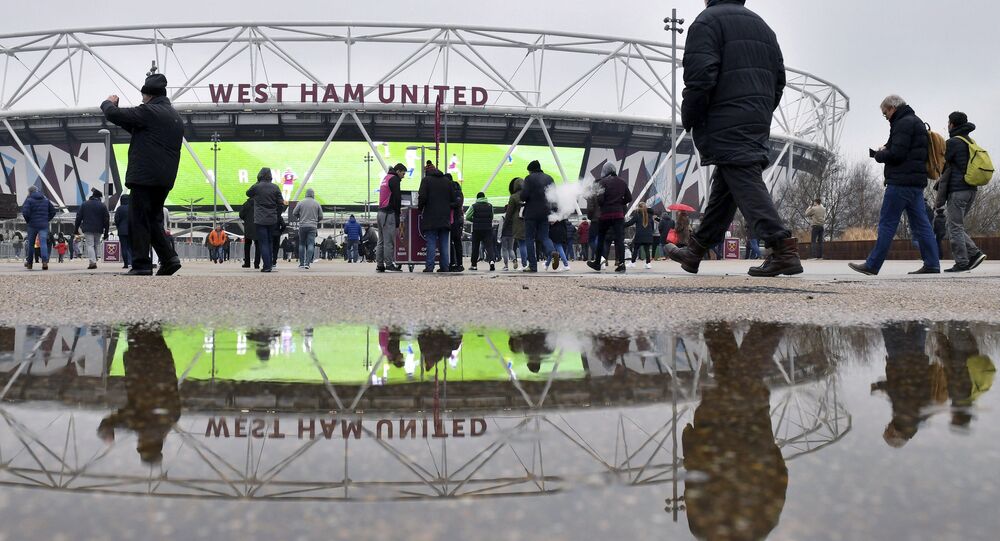 One the world's foremost football association has recently undertaken severe measures aimed at combating various racist incidents, including offensive chants. Despite those efforts, fans from British football club Chelsea recently came under fire after some of them used racist slurs against Liverpool striker Mohammed Salah.

Fans of the UK-based football club West Ham were spotted singing anti-Semitic chants in a tram ahead of a match with Manchester United on 13 April. Their chants, however, were not directed at their opponent, but at another rival club — Tottenham Hotspur, which is known for having significant amount of Jewish supporters.

READ MORE: Twitter Stunned as Messi Gets Snubbed From FIFA Player of the Year Shortlist

After the video showing the incident appeared on social media, West Ham FC's administration published a statement condemning the act. According to the statement, West Ham is planning to identify every fan involved in the incident and ban them for life from "London Stadium and from travelling with the club", as well as pass their info to the police.

The incident took place amid an ongoing crackdown by FIFA against racism during football matches. Its president, Gianni Infantino has called on referees to use the so-called "three-step procedure" if they detect racial slurs, which involves stoppage, suspension, and even the complete abandonment of a match.

Despite such draconian measures, the incidents continued with a Chelsea fan recently being banned for a racial slur against Liverpool striker Mohammed Salah and the club itself barely escaping disciplinary action over their supporters' anti-Semitic chants against Tottenham Hotspur fans.