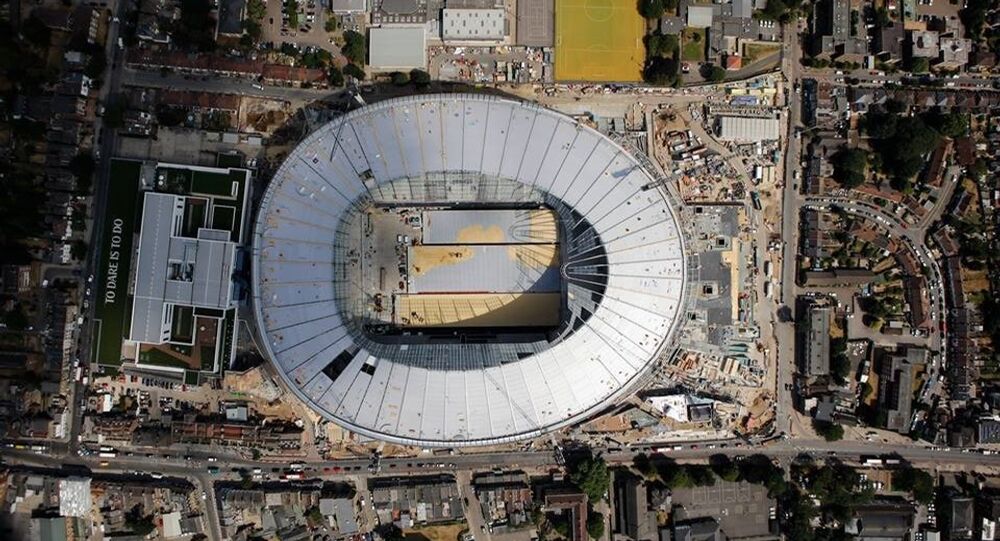 After months of delays English Premier League giants Tottenham Hotspur have finally played their first game in their brand new £1 billion stadium. Sputnik takes a look at the roasting they took for their over-the-top opening ceremony.

Tottenham Hotspur — known as the Spurs — posted a world-record net profit of £113 million on Thursday, 4 April, only hours after hosting their first home game at their fancy new stadium.

Spurs opened their state-of-the-art stadium, which can hold up to 62,000 people, on Wednesday, 3 April with a 2-0 victory over Crystal Palace under the floodlights.

Well that opening ceremony was cringeworthy

​South Korean striker Son Heung-min scored the first ever goal at the stadium, followed by another by Danish midfielder Christian Eriksen.

Gary Lineker, who scored 67 goals in 107 appearances for Spurs between 1989 and 1992, tweeted about Tottenham being the only team in the country who had never lost a home match.

After spending £1billion & now in mega debt, Spurs didn't have the budget to get Leona Lewis to perform, so had to get The Go Compare man to open the new stadium pic.twitter.com/hzoGyt9fWQ

Stat: Spurs are the only team to have won every game they’ve ever played in their own stadium.

​​But social media was in uproar about the over-the-top opening ceremony before the game, which was more in keeping with the start of an Olympic Games.

We had Dennis Bergkamp they had Go Compare Man

​Twitter users — many of them fans of the club's arch-rivals Arsenal — mocked the decision to use opera tenor Wynne Evans, who is better known as the star of a cheesy TV ad by insurance comparison site Go Compare.

I thought people was joking!! Haha

​Several Arsenal fans also tweeted about the club's new slogan — To Dare Is To Do — which is scrawled all over the new stadium.

Well that was the most amazing experience. @SpursOfficial what an honour #COYS pic.twitter.com/0HFsfuFjiy

​The new stadium — which is as yet unnamed because the club are currently negotiating the naming rights — is in a deprived area of north London, with high knife crime.

When you’ve not won any trophy’s, so all you can decorate your new stadium with is a slogan that doesn’t make any sense 🤷🏻‍♂️ #ToDareIsToDo #WhatDoesItEvenMean #SpursNewStadium #Spurs pic.twitter.com/dN6GCVbQJR