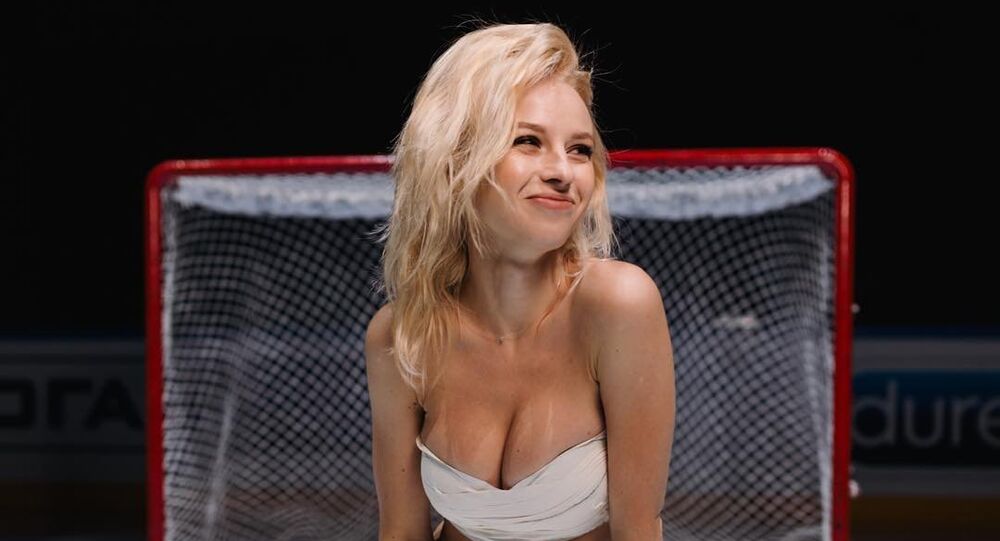 The Instagram page of ex-ice girl Ulyana Trigubchak has no shortage of saucy photos in lingerie, but she promised her followers something special if the ice hockey club Salavat Yulaev from her hometown of Ufa made it to the KHL’s conference finals.

After heating up the ice rinks, Russian ice girl Ulyana Trigubchak, who is now pursuing a career as a correspondent and blogger, has wowed her Instagram followers with a daring photo to support the KHL team from her hometown, Salavat Yulaev, over their breakthrough in their conference.

The woman earlier pledged to take part in a topless photo shoot if the club succeeded in the Eastern Conference playoffs. After the team advanced to the finals, where they were set to play against Avangard Omsk, she kept her promise and called on fans to support the team, stripping in a snowy forest and posing with a bow barely covering her breasts.

“Today the enemy has entered our territory. Today we have a chance to come back to the game and prove that @hcsalavat can fight for the Gagarin Cup. Let’s stun a hawk [symbol of Avangard] with our deafening support”, the woman, who took up the role of a fearless hunter, said.

“I want to support Salavat Yulaev because I believe that they are able to win the Gagarin Cup. So wait for a nude photo session”, she earlier told the Russian website Business Online.

The nude has stirred commenters and received praise from fans of both Ufa’s club and their rival, Avangard.

“It’s better the Hawk was blinded by your beauty and support! Move the needless accessory away”, a user who defined himself as an Avangard Omsk fan wrote.

“Is there a video featuring her shooting from the bow?” another commenter asked.

Others simply enjoyed the pic, sharing their praise for it and calling the model everything from “irresistible” to “brave”.

Whether the cheerleader’s pep-talk or something else worked, her club won the game, beating Avangard 5-1.