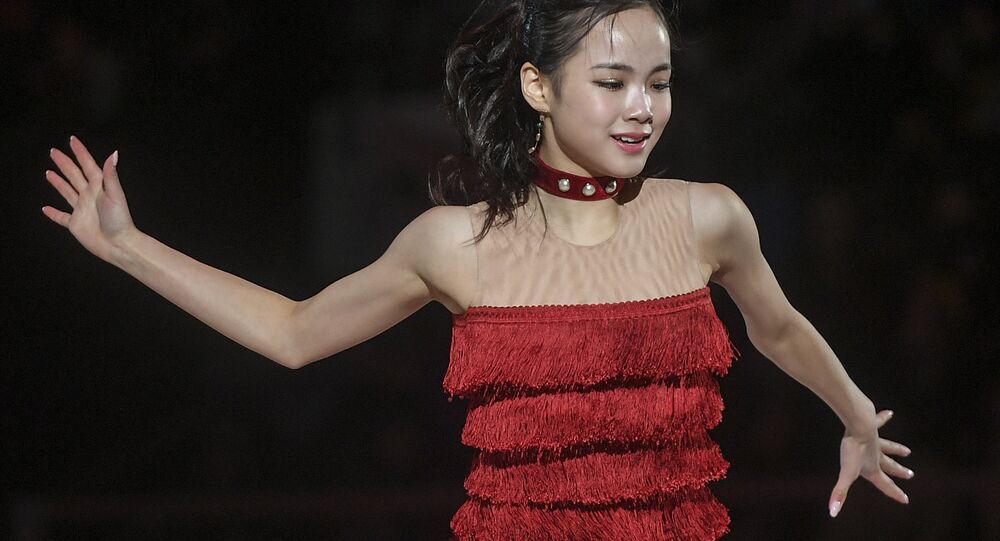 The incident between Mariah Bell and Lim Eun-soo from South Korea has cast a shadow over the women’s competition at the World Figure Skating Championships in Japan after the Team USA skater injured her rival during practice. After Lim’s management stated that the US star had systematically bullied her, the incident led to heated online debate.

The International Skating Union (ISU) is set to investigate a controversial incident involving two top skaters, US star Mariah Bell and South Korean prodigy Lim Eun-soo, during an official rehearsal at the ongoing World Figure Skating Championships. Lim had to leave the ice and seek medical treatment after Bell allegedly approached the 16-year-old skater and cut her left leg with her skate.

According to the agency representing the Korean athlete, her American rival approached her from behind and kicked the teenager. After the incident, South Korea’s ice skating body lodged an official complaint, as it accused the US athlete of kicking the counterpart on purpose, which could lead to Lim’s withdrawal.

​Lim’s management claimed that this was not an isolated incident, saying that Bell, who is training with the same specialist, Rafael Arutyunyan, as the Korean skater, continuously bullied her as they were preparing for the global tournament.

"In the past, we believed we should just ignore it, but it got severely bad as the championships approached. It wouldn't have been this bad if she apologised for once", the management said, as cited by Spot TV.

Their coach, meanwhile, vouched for Bell, saying she could not have injured Lim on purpose.

While the ISU is still investigating the claims, the incident bears some similarities to another American figure skater, Tonya Harding, who allegedly hired a man to beat her rival Nancy Kerrigan, prompted heated debate among ice skating fans. Some rushed to defend Bell, pointing out that it could all just be an unfortunate accident.

I don’t believe this for a second. People shouldn’t accuse other of bullying without proof, it’s slander.

​Others backed Lim, saying that Bell didn't even bother to apologise and trashed the Team USA skater.

She has had no apologies even still now. Whether it was an intention or not, it's necessarily right to state it and apologize. But no apologies? What should be needed to criticize her?

Mariah Bell is the next Tonya Harding for what she did to Eunsoo Lim. She is trash. #WorldFigure

​Some regretted the lack of decency in the sport.

#WorldFigure ALLEGEDLY I heard Bell intentionally hurt Lim. If this is true, I am extremely disappointed. What ever happened to respect and decency? Be mature why don't ya?

#WorldFigure What's that about Mariah Bell bullying Eunsoo Lim? Is it true? Oh my god, if it is, I'm so devastated right now… I like them both 😭

​With her season-best 72.91 points, Lim came in fifth place after the short programme, despite her injury. Thus she outperformed Bell, who was ranked sixth.