Several states have this year legalized sports betting, even as Americans who seek to bet billions of dollars on the Big Game continue to break laws.

This year's Super Bowl, which NBC News calls "the biggest annual event in American sports," will feature for the first time legal betting in a number of states, thanks to changes made in the wake of a May 14 US Supreme Court ruling.

The ruling struck down a 1992 federal ban on sports outcome betting, from which Delaware, Oregon and Nevada were the only exceptions. Naturally, almost all bookies flocked to Nevada, where Las Vegas is located.

"With the kickoff of legalized sports betting in these new states, still others that are considering taking the same step are sure to keep tabs on Sunday's championship game in Atlanta — and an even closer eye on the numbers trickling out starting Monday," NBC reported.

On Monday, it will become clear how many are willing to place bets and how much money will spin in this newly-legal industry. This will become analysis fodder for the more restrained states that are nonetheless interested in the idea. In particular, Arkansas, New York and the District of Columbia appear to be moving toward legalization of betting, according to the report.

"You're going to have expectations — some realistic, some not," said David Schwartz, director of the Center of Gaming Research at the University of Nevada, Las Vegas. "The realistic expectation is this: This is going to be a number, a number that reflects your infrastructure and the player base that exists now." 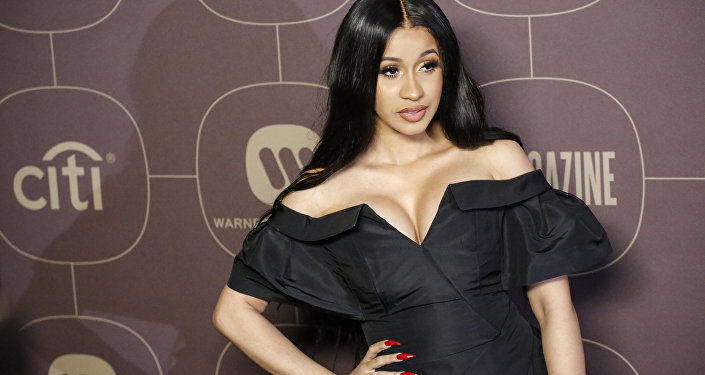 © AFP 2019 / KENA BETANCUR
Netizens Divided as Cardi B 'Sacrifices' Super Bowl Offer to Back Kaepernick
Research from Sara Slane, senior vice president of the American Gaming Association, claims that there are some 22.7 million American adults who plan to make bets on the Super Bowl — legally or illegally. The total amount of bets is guessed at being whopping $6 billion.

Slane says that by February 2020 there will be at least 20 US states with legal betting.

"Super Bowl betting is a part of the experience now," Slane said. "It's definitely a ritual that people enjoy, like eating chicken wings and pizza."