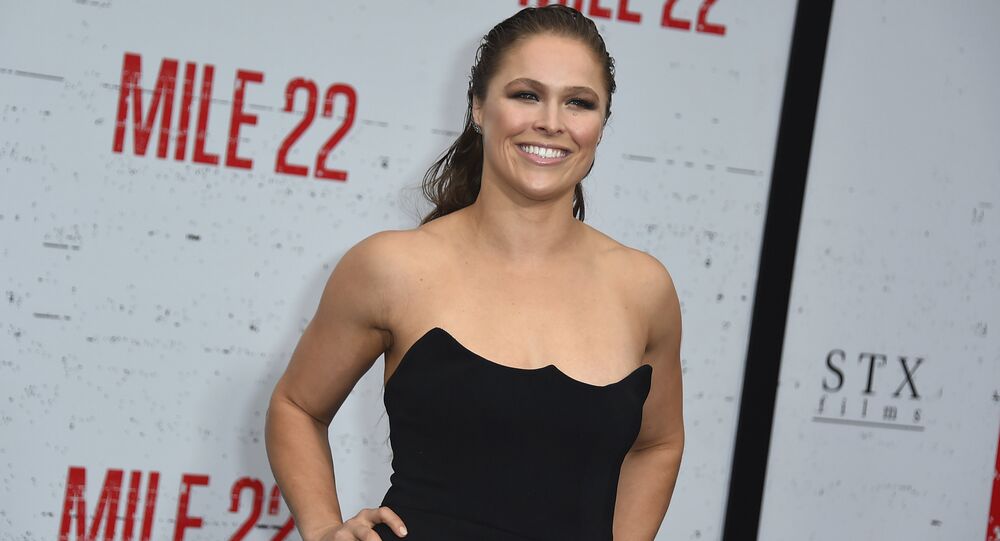 There is a "very good chance" that Ronda Rousey will be parting ways with WWE, the biggest wrestling promotion in the world, in nearly three months, although she is reportedly signed with the company until April 2021.

Rousey will wrap up WWE after WrestleMania 35, which is scheduled for 8 April, according to a newsletter from Wrestling Observer.

"That may not be decided as that aspect is just the feeling people had since it's the logical ending everyone came to based on the situation," reads the report.

The 31-year-old athlete has earned the reputation of the most dangerous woman in MMA, with a 12-2 record. She ditched UFC for WWE last January and later became the first woman to make it to the UFC's Hall of Fame.

Rousey made her professional wresting debut at WrestleMania 34 and won the Raw Women's title in August. However, she has made little secret of her plans to start a family with her husband Travis Browne and retire from sports. "We're ready to start having kids soon and I was thinking about what I've left unfinished in my life because I want to entirely focus on having kids when that time comes," she told Yahoo Sports last March.

"I took a long look at my life and thought that if I don't try and take a shot with the WWE, I would regret it for the rest of my life. I want to be an example to my kids about pursuing your dreams and being able to do anything. I guess this is my way of nesting and getting ready for children. I'm trying to prove to my unborn babies that they can accomplish any dream that they want to go after."

TMZ, however, offered a contradictory account of Rousey's future in the wrestling promotion. TMZ said, citing "multiple sources", that she is "super happy" with her WWE run and is not going to depart "for good".

In the wake of rumours about Rousey's looming departure, social media has been swarmed with fans asking her to stay.

You’ve taken to the business pretty quickly. I’ve enjoyed watching you on raw

A number of WWE enthusiasts appeared to be happy with the news, labelling her WWE run "disastrous".

Thank you god, such a disaster she was.

Damn I want her gone

Pulling His Leg: WATCH Korean MMA Fighter Knock Out Opponent With One Kick