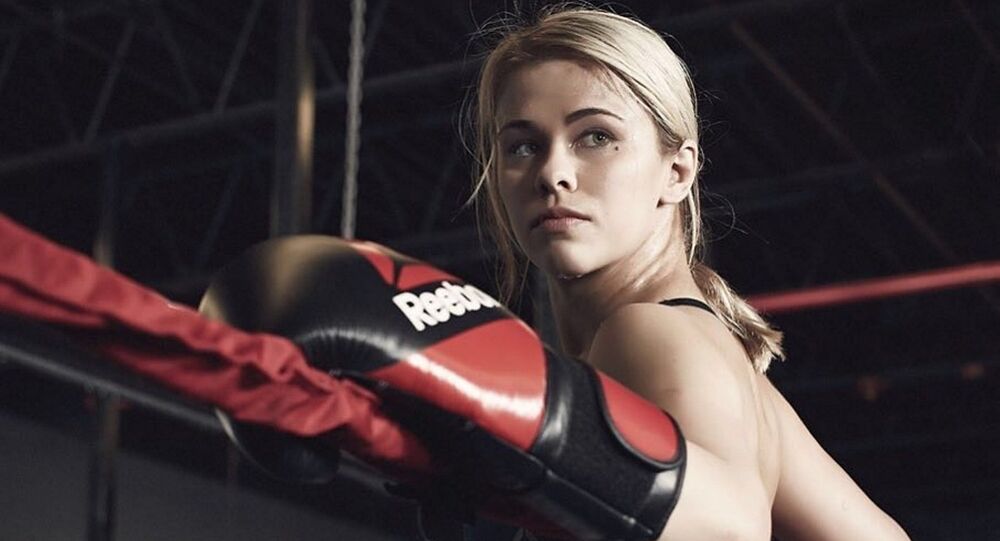 Both beautiful and deadly, flyweight striker Paige VanZant is looking to punch her way to UFC stardom after losing three of her four most recent fights. Her showdown with Rachael Ostovich was initially cancelled after the latter was allegedly attacked by her husband and sustained serious facial trauma.

UFC fighter Paige VanZant is looking all set to come back to the octagon after an almost year-long hiatus.

"Fight week", the 24-year-old flyweight teased in an Instagram post on Wednesday, striking a confident crossed-arm pose. It comes two days ahead of her long-awaited showdown with another UFC star, Rachael Ostovich, in ESPN's debut UFC event.

VanZant's fans cannot get enough of the "Dancing With the Stars" runner-up.

"Literally going to be the sexiest fight ever!" an exalted commenter wrote.

"How is it possible that a fighter at this level is this gorgeous!?" another avid fan remarked.

"Feel bad if any man cheats on her," wrote an Instagram user with the handle tomas_220_Lopez.

Weight coming off!!! Can anyone guess how many more pounds I need to cut?? 😜 NY HERE I COME! #UFC #ESPN

© Photo : rachaelostovich/instagram
MMA Star Vows to Return to the Ring Despite Being Savaged by Husband

Ostovich, 27, was hospitalised with a cracked orbital bone in late November; she claimed that her spouse had punched her repeatedly on the head and ribs. She has been granted a restraining order; her husband pleaded not guilty to charges of assault.

VanZant herself has been recovering from an injury: she cracked her arm during her lost bout with Jessica-Rose Clark at UFC Fight Night 124 last January and has not fought ever since. She believes that the upcoming clash could become the most significant moment of her MMA career.

"This one is more important, I feel, than any fight", VanZant said in an interview with MMA Fighting. "This one is as just as important as my very first fight in the UFC ever. I need to show everybody who I am and why I belong in the UFC. I feel like fighting is a career where athletes are easily forgotten."

Pulling His Leg: WATCH Korean MMA Fighter Knock Out Opponent With One Kick