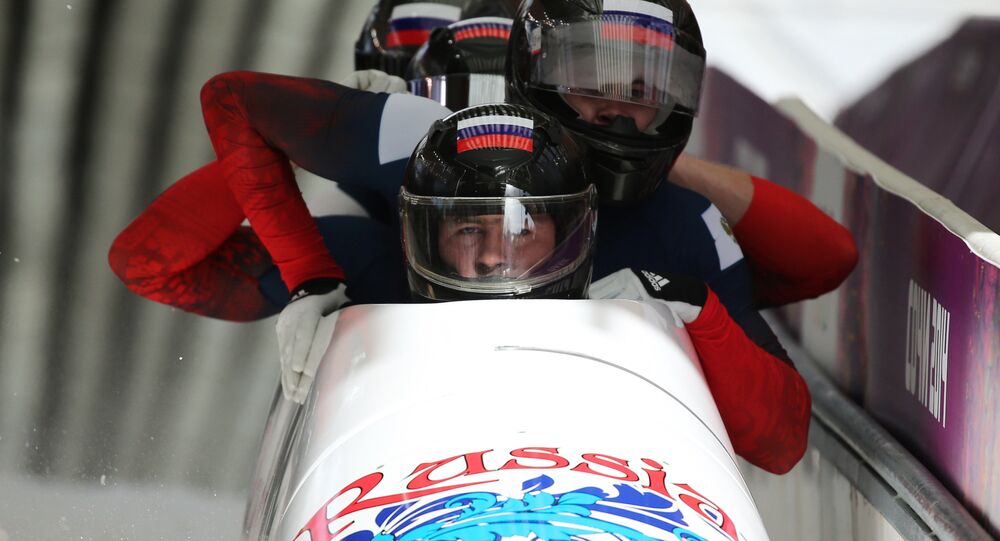 MOSCOW (Sputnik) - The International Bobsleigh and Skeleton Federation (IBSF) said on Wednesday that it had disqualified the head of the Russian Bobsleigh Federation, Alexander Zubkov, and three other Russian bobsledders for two years, banning them from participating in any competition or administrative activities.

"Mr Aleksander Kasjanov, Mr Ilvir Khuzin Mr Aleksei Pushkarev and Mr Aleksander Zubkov will each be sanctioned with a period of ineligibility of two years, starting from the day of their provisional suspension, for the first 3 Athletes mentioned this being December 13, 2018, therefore ending on December 12, 2020, for Mr Zubkov this being December 19, 2018, and therefore ending on December 18,2020, during which period they are not entitled to participate in any competition or activity", the IBSF said in a statement.

According to the statement, the term "activity" includes "administrative activities, such as serving as an official, director, officer, employee, or volunteer of the national organizations."

© AP Photo / Matt Dunham
WATCH Norwegian Athlete Open His Doping Tests With Bare Hands
The ISBF noted that the athletes were annulled their results from both the 2014 Sochi Olympic Games and other competitions they participated in since February 2014.

The athletes are eligible to appeal the decision with the Court of Arbitration for Sport (CAS).

The IOC Commission previously found Zubkov guilty of violating anti-doping rules, annulled his 2014 Olympic results, and banned him for life from participating in future Games. Later, the CAS replaced the lifetime ban with one that applied only to the 2018 Pyeongchang Games, but Zubkov's Sochi results have remained annulled.

In December, the IBSF provisionally suspended Zubkov for violating anti-doping rules at the Sochi Olympics. This verdict was motivated by the CAS' decisions.

Zubkov was elected as president of the Russian Bobsleigh Federation in June 2016. In July of last year, he was re-elected for a new four-year term.