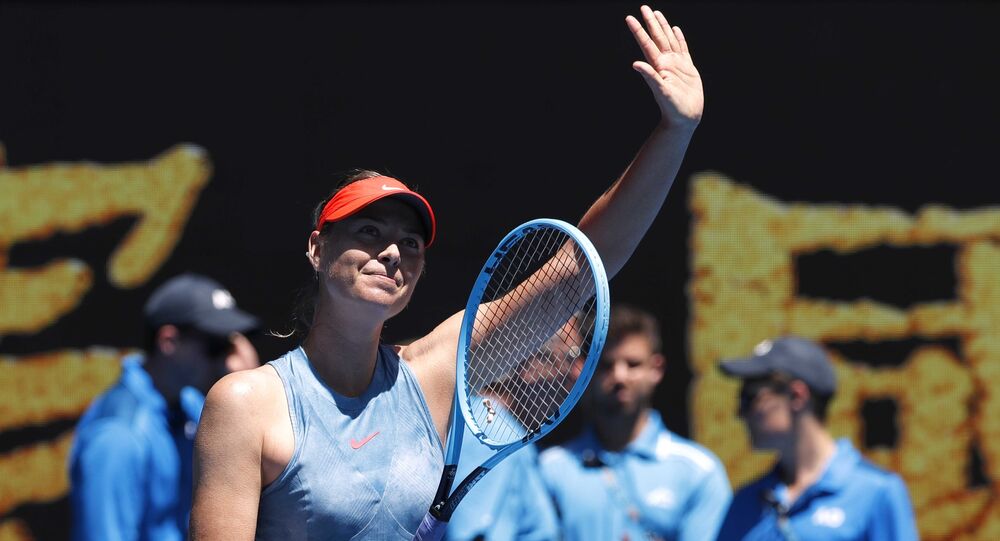 Following her return to tennis in 2017, Sharapova withdrew from a total of 12 matches due to issues with her shoulder, forearm, and hip. The beginning of the 2019 season was no better, as she had to retire from a quarter-final match against Aryna Sabalenka at the Shenzhen Open.

Russian tennis player Maria Sharapova began her participation at the Australia Open with a "double bagel" in a match against British player Harriet Dart, ending the match in just 63 minutes without letting her opponent score in the first two sets. She will now face Sweden's Rebecca Peterson in the next round of the championship.

Harriet Dart has participated at International Tennis Federation (ITF) tournaments since 2012, attaining 132nd place in the ITF rankings. Sharapova's next opponent is considered to be considerably stronger, holding 52nd place — the best so far in the Swedish player's career. The Russian tennis star, who formerly held 1st place in the rankings, is currently down to 30th in the ITF list for singles.

Many netizens hailed Sharapova's play in the first round of the Australia Open as solid.

A nightmare for the young qualifier.

At the same time, many noted that Dart was no match for Sharapova's skill.

Maria Sharapova has just too much power for Britain Harriet Dart #tennis pic.twitter.com/kvfI6fQdS3

Dart got brutalized by a legend. No shame in that.

But not all twitterians were convinced that the Russian tennis player would emerge victorious prior to the match.

I bet Sharapova will lose as early as first round at Australia Open.

READ MORE: Maria Sharapova Shuts Down 2018 Season to Rest Up for Healthy 2019

Sharapova has faced several challenges since her return to tennis in 2017. She had to pull out of over a dozen matches due to issues with her shoulder, forearm, and hip. Last time she withdrew from a match with Aryna Sabalenka in the second set of the quarter-finals of the Shenzhen Open because of issues with her left hip and right shoulder.