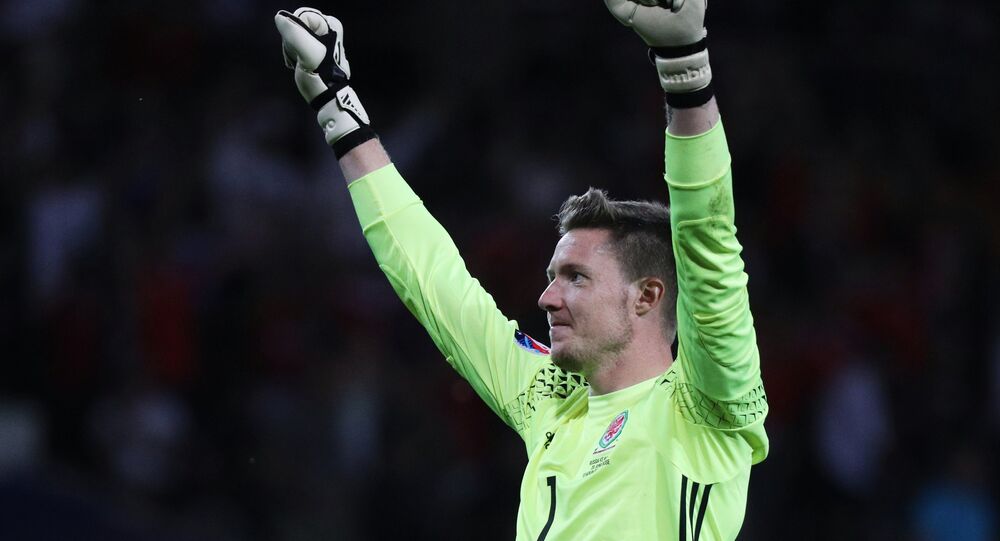 Crystal Palace’s goalkeeper Wayne Hennessey, who also played for Wales at the Euro 2016 championship, was photographed throwing his arm up in the air like the Nazis did. Another player posted a picture of the act, which was taken after his team beat League Two side Grimsby Town, on his Instagram, prompting the controversy.

The English Football Association has decided to launch an investigation into allegations that Crystal Palace’s goalkeeper Wayne Hennessey had made a Nazi salute. The footballer, however, has he denied that he made the gesture, insisting his that it has been misinterpreted. The scandal broke out after Hennessey’s teammate Max Meyer, himself a German, uploaded a picture with fellow players from a team dinner following a 1-0 win over Grimsby Town in the FA Cup.

The photo now circulating on social media has brought the keeper under fire, as his arm gesture resembled a Nazi salute.

​Amid the backlash, he explained on Twitter that he was just waving and shouting to the person taking the picture and would never make a “completely inappropriate type of salute”.

moment by the camera this looks like I am making a completely inappropriate type of salute. I can assure everyone I would never ever do that and any resemblance to that kind of gesture is absolutely coincidental. Love and peace Wayne

​The explanation was met with sarcasm, as many didn’t seem to believe Hennessey.

So all those years of people accusing Hitler and his men of saluting he was just trying to make himself heard.

Thanks for clearing that up Wayne.

“put my hand over my mouth to make the sound carry” pic.twitter.com/5KMD8fUvsW

​However, some offered a “save” for the keeper and his story.

Thought Wayne’s excuse was a load of bullshit until I saw this. #cpfc #hennessey pic.twitter.com/3H1gUjFXTD

​Hennessey, who plays for the English Premier League team Crystal Palace, has made 81 appearances for Wales, including games of the Euro 2016, where his team made it to the semi-finals

'It Slipped Out': German Football Coach Suspended After Nazi Outburst