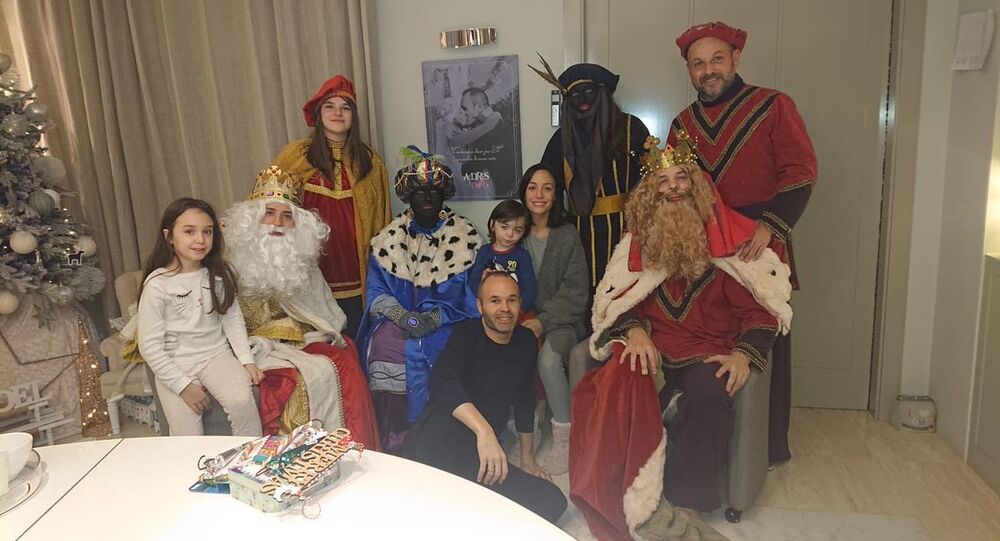 The Spanish midfielder posted a photo that shows him posing with two people in blackface. The Epiphany festival is a religious celebration that commemorates the three Magi who brought gifts to Jesus Christ in Christianity.

Many were left furious with the Spanish footballer's photograph marking the Epiphany festival, a religious celebration that commemorates the three Magi who brought gifts to Jesus Christ in Christianity. Others stood to defend the sportsman, arguing he had "absolutely 0 intent of being racist."

A photograph of Andrés Iniesta posing with two people in blackface caused an animated discussion on social media, with some immediately concluding that "racism is all over European soccer."

Some commentators disagreed, pointing to a longstanding tradition of celebrating the Three Kings Day in Spain, which commemorates the Biblical story of traveling kings who followed a star to the birthplace of Jesus Christ in Bethlehem and brought him gifts.

Iniesta, formerly a player for Barcelona and currently with the Japanese club Vissel Kobe, is yet to respond to the criticism.