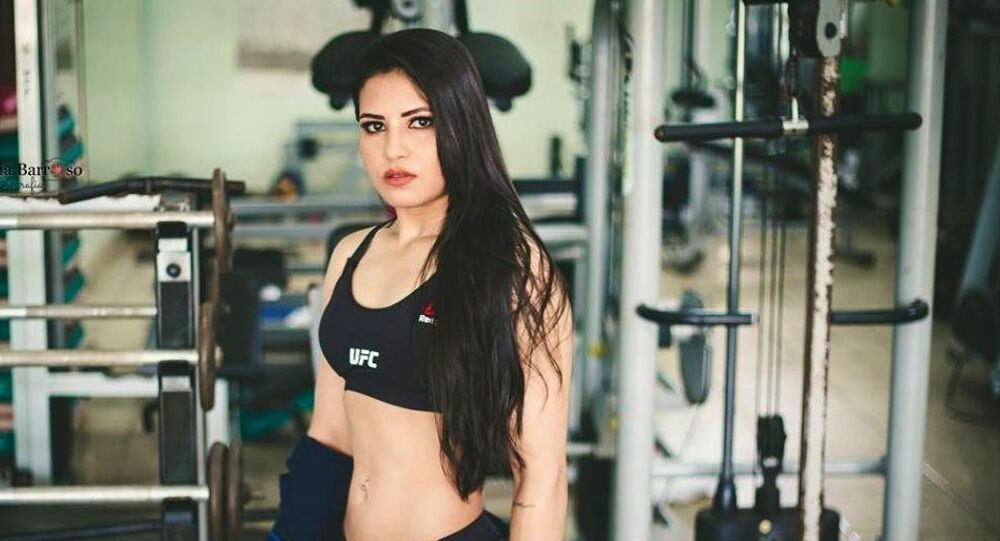 The attempted robbery ended in a hospital visit for a crook from Rio de Janeiro who was unlucky to pick UFC strawweight Polyana Viana as his target. A couple of punches, a kick… and the man was caught in a rear-naked choke hold and begged the fighter Dama de Ferro, which stands for Iron Lady, to call the police, fearing being beaten up more.

The Ultimate Fighting Championship’s strawweight Polyana Viana has told MMAjunkie that she took down a man, who allegedly tried to mug her right in front of her building in Rio de Janeiro. According to the 27-year-old, she was waiting for her Uber, when he approached her in a sneaky way and asked what time it was.

She responded to him and was going to put her phone back, but he said, putting his hand on what looked like a gun “Give me the phone. Don’t try to react, because I’m armed”.

“He was really close to me. So I thought, ‘If it’s a gun, he won’t have time to draw it.’ So I stood up. I threw two punches and a kick. He fell, then I caught him in a rear-naked choke. Then I sat him down in the same place we were before and said, ‘Now we’ll wait for the police’”, Viana recounted, saying she immediately thought that the alleged gun looked too soft.

As she later found out, it was a cardboard cutout. She kept the robber immobilized in a kimura-like position until the police arrived that passers-by had called at her request. They had to take the man, whose bruised portrait UFC head Dana White posted on social media with the hashtag #badf**kingidea, to the emergency room before bringing him to the police station.

On the left is @Polyana_VianaDF, one of our @UFC fighters and on the right is the guy who tried to rob her #badfuckingidea pic.twitter.com/oHBVpS2TQt

​In fact, she said that the robber urged her to call the police himself because he was scared she was going to beat him up more.

“I was fine because he didn’t even react after. Since he took the punches very quickly, I think he was scared. So he didn’t react anymore. He told me to let him go, like ‘I just asked for the time.’ I said, ‘Asked for the time my ass,’ because he saw I was very angry”, she told the website.

The woman, who revealed that guys had already tried to rob her in Rio before, returned home and got back to her regular routine, making dinner following the incident.

Viana debuted in the UFC last February, beating Maia Stevenson with a rear-naked-choke – the one she used against the robber.