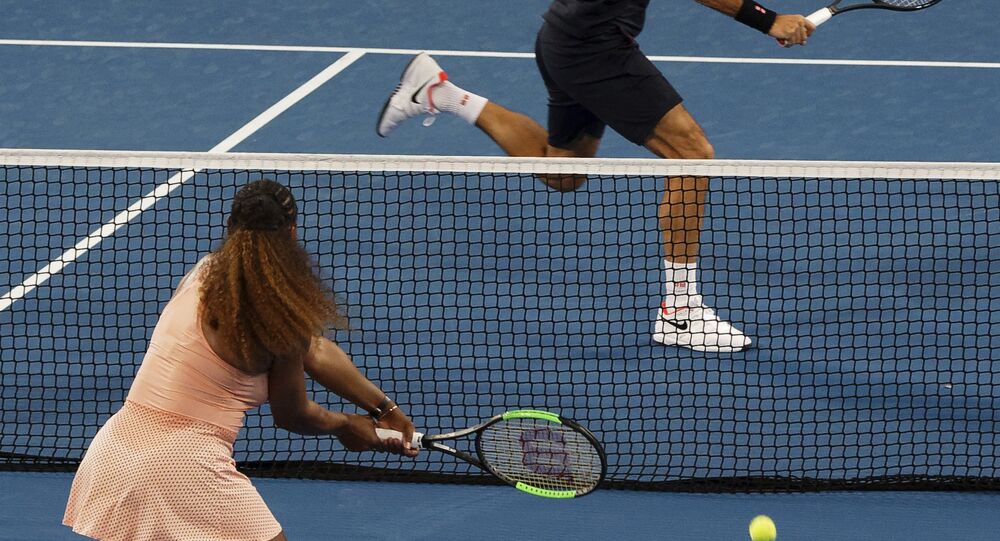 Swiss tennis star Roger Federer, world Number 3 in men’s singles according to the Association of Tennis Professionals and 20-time Grand Slam title owner, has bested the US’s Serena Williams, owner of 39 Grand Slam titles, who has been called Number 1 by the Women’s Tennis Association on eight different occasions.

The standoff was not one on one, of course, as tennis rules prohibit direct competition between men and women, but a competition of mixed doubles, in which Serena Williams played alongside Frances Tiafoe, while Federer played with Belinda Bencic.

Prior to the team match, Tiafoe and Bencic were bested by Federer and Williams, respectively, in one on one matches, as per rules of the Hopman Cup.

Biggest start to the year imaginable in tennis.

​Last week, both Federer and Williams expressed their agitation toward the upcoming match, with Federer saying that he hoped "a lot of tennis fans are going to tune in and watch it, because it's going to be one time and probably never again, in this kind of a competition."

"I've been looking forward to it since I saw it," Williams said, regarding the upcoming match, according to the New York Times. "I was like, ‘Oh, my God, this is so cool.' So it's just something that, as a player, is something that you would dream of, to play Roger Federer."

© Photo : geniebouchard/instagram
Bouchard Sizzles in 'World’s Sexiest Tennis Tournament' on Branson's Private Island (PHOTOS)
Williams herself was humble in her estimations for the upcoming match.

"Listen, if there's one thing I've never worried about, it's how I would match up against Roger — because I don't think it would be very good," Williams said, laughing.

"Thankfully it's something I don't have to often think about. I'm just going to have fun tomorrow."

Tickets to the game were sold out shortly after the competition was officially announced.

​Following the historic match, the two players gave a joint interview before the 14,000 spectators.

"It was so fun. This is super cool that we get to do it at such a pinnacle point of our careers," Williams said. "I was so excited, and literally it was the match of my career. Just playing someone so great, and someone you admire so much, and a match that actually means something."

Hear from @rogerfederer, @BelindaBencic and @serenawilliams after one of the most extraordinary moments in sport. #HopmanCup pic.twitter.com/b4p8cAKTrh

​Defending champion Switzerland will qualify for Saturday's final if it beats Greece on Thursday in Group B. The United States, which lost to Greece on Monday, can no longer advance, according to an ESPN report.