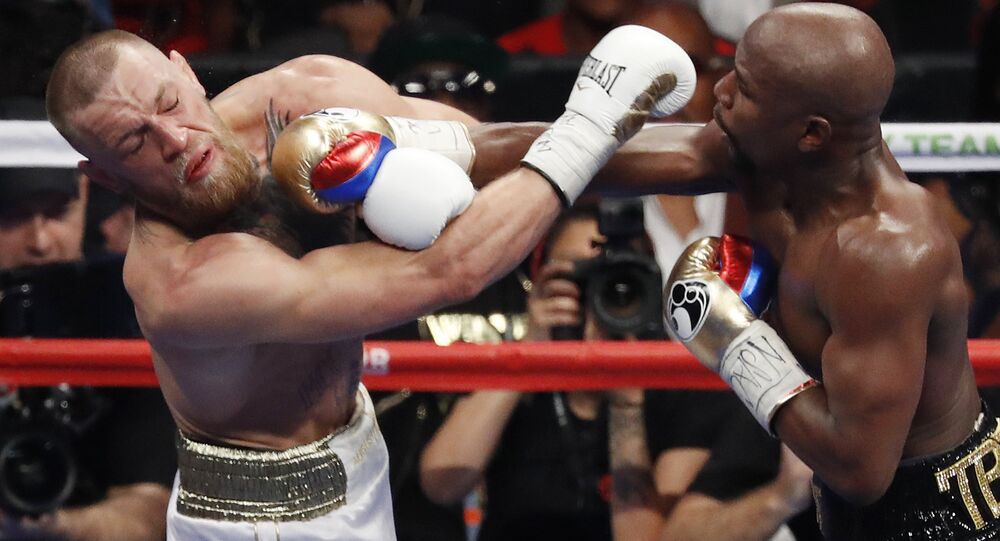 Retired boxing legend Floyd Mayweather, who held 11 world titles in five divisions, made a second victorious one-match comeback on Monday, beating a Japanese kickboxing star in the first round with a technical knockout (TKO.)

"That 9 milli won't keep you on top of my list for long, kid," McGregor wrote in a tweet.

Although the Irishman did not name the "kid", he seemingly referred to Mayweather, the renowned US boxer who made $9 million from a first-round victory over Japanese kickboxer Tenshin Nasukawa in an exhibition boxing match on 31 December.

That 9 milli won’t keep you on top of my list for long, kid. #Forbesy pic.twitter.com/zyjzKFYPq1

Some fans couldn't resist mocking McGregor over his jibe, recalling his defeats against Mayweather in 2017 and Khabib Nurmagomedov in 2018.

Stop drinking and start working out like men. Sweat will reap #Proper results

Mayweather, 41, the flawless five-division boxing world champion, retired from sports in 2015. Last time he dusted off his gloves was in 2016, when he defeated McGregor via a tenth-round technical knockout, extending his professional record to 50-0.

Mayweather, in October, accepted a fight with reigning UFC lightweight champion Khabib Nurmagomedov, but the two are yet to decide on the date and location of the possible bout. Khabib called out Mayweather to decide who is the "only king in the jungle".

McGregor Buys a Round for an Irish Pub’s Visitors, Spends €4,000 in a Night