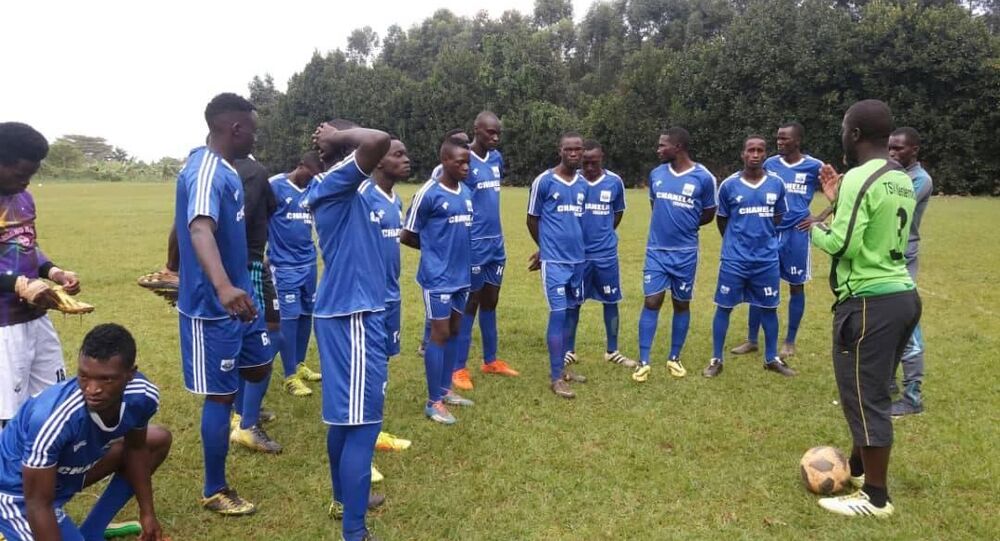 The club's players are prohibited from drinking, gambling and taking drugs, and must uphold “absolute celibacy” rules. Diving and faking injuries in order to earn penalties against their opponents is also strictly forbidden.

A Nigerian football club called Mountain of Fire and Miracles (MFM FC) ended up finishing second in the country's Premier League last year, after coming close to winning the league, according to The Daily Mail.

© REUTERS / Yves Herman
'Load of S**t:' Netizens ROFL at 'Clownish' Romanian FC Owner Billing Women’s Football 'Satanist'
Owned by a Pentecostal Christian organisation known as the Mountain of Fire and Miracles Ministries, the team is well-known not only for the athletic prowess displayed by its players, but also for the strict rules its squad adheres to: no drinking, no drugs, no gambling and no smoking.

Furthermore, the footballers are prohibited from wearing jewelry or baggy trousers, having dreadlocks, and must maintain “absolute celibacy." In terms of their on-the-pitch code of conduct, the players aren't allowed to fake injuries to trick referees into awarding them penalties or freekicks.

"We are special, more than any other football club in the world. We use football for the youth to lead a useful life. We rescue youths from Satan," club chairman Godwin Enakhena said.

According to him, the club insists that its members stay "at the Church, seven days a week", as apparently, the only way to "control the players" is to ensure that they all "eat and sleep in the camp".

"The doctrine is you work so hard, and pray so hard, we are going to help you by attaching pastors to you, who can talk to you. Our purpose is to ensure that our players reach their potential," Enakhena said, claiming that top English football clubs could take pointers from his team.

The chairman also claimed that during one game, when the team was losing 2-0, it was the pastors’ prayers and divine intervention which helped them even the score in the last few minutes and then go on to win the match via a penalty shootout.