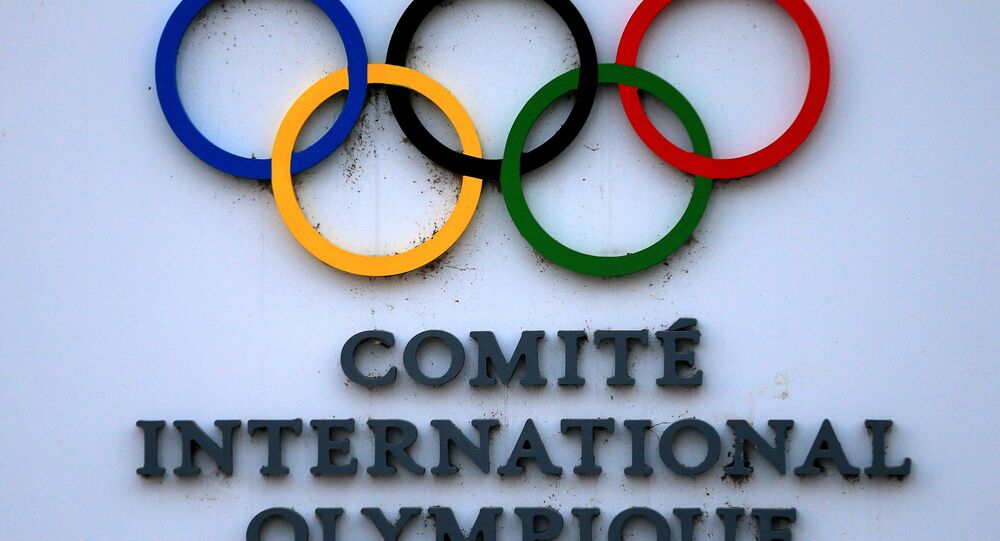 ST. PETERSBURG (Sputnik) – The International Olympic Committee (IOC) has requested the return of Sochi-2014 Olympic medals from 11 Russian athletes, whose violations of anti-doping rules were confirmed by the Court of Arbitration for Sport (CAS), the IOC Media Relations Team told Sputnik on Saturday.

The doping scandal led to several sanctions against the Russian athletes. Some of them were stripped of their medals, others banned from participating in 2016 Summer Olympics in Rio de Janeiro. In December 2017, the IOC decided to impose restrictions on the Russian national team ahead of the 2018 Winter Olympics in South Korea. Only "clean" athletes were allowed to participate under the neutral flag. Russia has refuted the accusations of running the doping program but acknowledged that the country's athletics had some problems with doping that are being tackled now.

"The IOC has requested the return of the medals from all the 11 Russian athletes who had their Anti-Doping Rule Violations from the Olympic Winter Games Sochi 2014 confirmed by the Court of Arbitration for Sport, and from the teammates in their team events," the IOC representative said.

In 2015, the WADA accused Russia of multiple doping violations and suspended the Moscow laboratory of RUSADA, the Russian National Anti-Doping Agency. The following year, Richard McLaren, the head of the WADA investigative team, presented a two-part report that alleged the existence of a state-supported doping program in Russia, after Rodchenkov, a former director of the Moscow Laboratory, who fled to the United States, said that the laboratory was involved in developing and distributing banned performance-enhancing substances for the Russian athletes.

In April, the Court of Arbitration for Sport (CAS) said that at the hearings Rodchenkov could not confirm part of the claims he made at the CAS hearings in January. In particular, he said that he never gave the so-called "Duchess" steroid cocktails to the athletes, never saw athletes taking it, had no instructions on how to use it, never personally participated in collecting "clean" samples, never witnessed how these samples were collected from athletes and had no evidence of athletes meddling in the doping control procedure or the contents of doping tests.

In February, the CAS announced that it had ruled to uphold the appeals of 28 Russian athletes against the IOC Disciplinary Commission's decisions on their disqualification and lifetime ban from the Olympics over violations of anti-doping rules, and partially upheld another 11 appeals.