Chelsea FC say fans who sang an anti-Semitic chant about Tottenham fans during the club's 2-2 draw with Hungary on December 13 in Budapest.

In a statement, a club spokesperson said anti-Semitism and all other racial or religious bigotry was "abhorrent" to the club and "the overwhelming majority" of its fans.

"Any individuals that can't summon the brainpower to comprehend this simple message and are found to have shamed the club by used using anti-Semitic or racist words or actions will face the strongest possible action from the club," the spokesman added.

UEFA is awaiting the referee's report before deciding on whether any action should be taken.

Press Association journalist Matt McGeehan said the chanting could be heard clearly in the stadium.

"It was very early in the match. It was a chant Chelsea supporters have done in the past and references Tottenham supporters using the 'y' word, the anti-Semitic derogatory word about Jewish people. I understand Chelsea are angry from the top to the bottom of the club — the very top actually because owner Roman Abramovich is Jewish," he said. 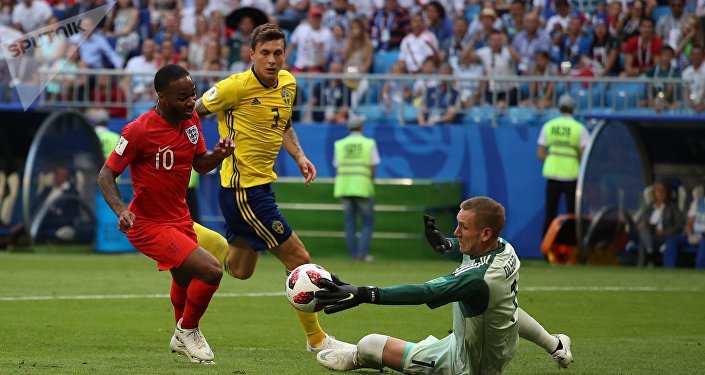 © Sputnik / Vitaliy Timkiv
Chelsea Fan Accused of Abusing Raheem Sterling Denies Making Racial Slur
In October, club chairman Bruce Buck suggested fans found guilty of anti-Semitic abuse may be compelled to visit the site of Auschwitz, rather than being banning. A group of 150 Chelsea club staff, stewards and supporters visited the infamous concentration camp in June to learn about the deaths of over a million people killed there 1940 — 1945.

The club's 'Say No to Anti-Semitism' scheme began in January, and provides one-on-one education courses.