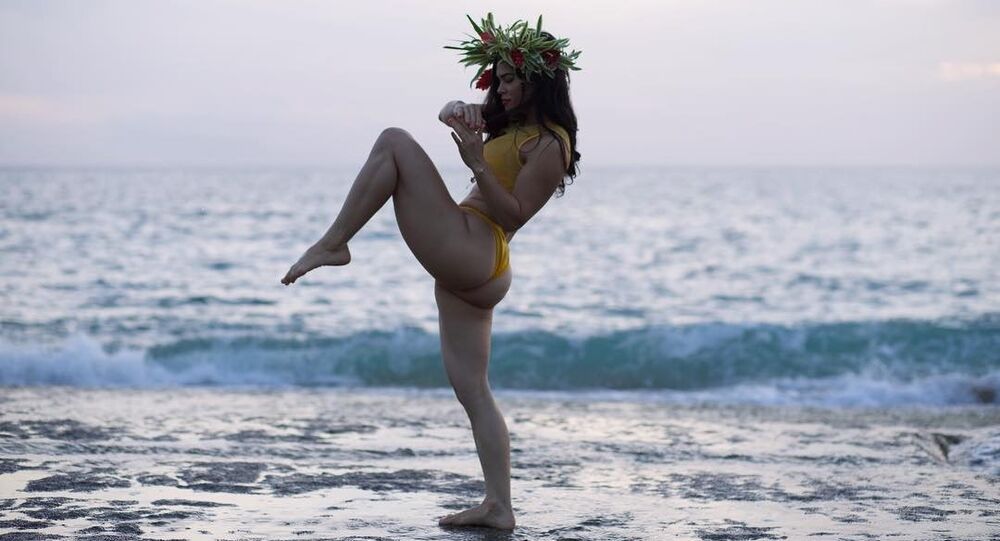 The match between Ostovich and VanZant was previously cancelled after the former ended up sustaining serious injuries during an alleged domestic violence incident involving her husband, an MMA fighter himself, and got hospitalized.

Mixed martial artist Rachael Ostovich has announced that she will take part in her upcoming fight against Paige VanZant in January despite the injuries the former sustained in an alleged domestic violence incident involving her husband.

As Ostovich explained during an exclusive interview with KHON-TV, she felt that it was important to “follow through” with the match, for her and for “people that might be going through similar situations."

​"I want to take a stand against domestic violence and show others that it's okay to come out and speak about it and not be quieted," Ostovich said.

© Photo : rachaelostovich/instagram
'I Coughed Up Blood': UFC Star Reveals Shocking Details of Her Husband's Attack
She also praised her support system and her family who helped her to stay strong during this crisis, and insisted that the fight with VanZant is simply something she has to do.

"I want to use this big worldwide UFC platform to show people that don't let anyone or anything come between you and your dreams and your career," she declared.

The mixed martial artist was originally expected to fight Paige VanZant during a UFC match on January 19, but her bout got cancelled after Ostovich ended up being hospitalized following an alleged attack by her husband, MMA fighter Arnold Berdon.