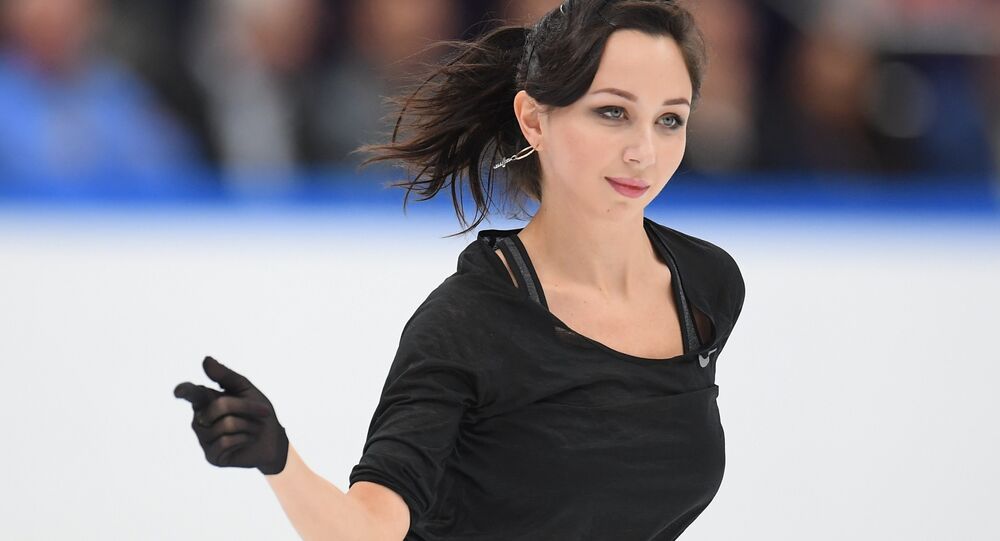 World champion Elizaveta Tuktamysheva is enjoying a comeback this season, rocking the Grand Prix with medal-worthy performances and a ‘striptease’ gala show. However, she still has time for peeking at top football games and shares her opinion on the matter in her own edgy fashion on Twitter.

Russian star athlete Elizaveta Tuktamysheva, who is now preparing for the figure skating Grand Prix final in December, has taken a little break from the ice rink and turned her eyes to the football field, where the French capital’s Paris Saint-Germain played against Liverpool in the Champions League.

The Russian, who knows what a good show is, has given her opinion on PSG star Neymar Junior’s ‘theatricals’ and diving on the pitch.

​Many joined the roast, posting GIFs and suggesting Neymar could start a career in figure skating or acting.

I Have no idea who you are but i have just become your no1 fan after that comment…& damn why haven't i heard about you before!

​There were those who shared their opinion on the game itself.

​However, others took aim at the sharp-tongued skater for attacking the multi-million-dollar forward, signed by PSG for a record-breaking sum of $264 million in 2017.

But Neymar earns a year more than someone for a lifetime.

​Some scored up Tuktamysheva’s recent gala performance when she undressed on ice to the tune of Britney Spears’s hit song Toxic.

​How many times has he undressed during these 90 minutes?

Whether his performance on the pitch was exaggerated or not, Neymar scored the winning goal in the 2-1 game against Liverpool. This made him the highest-scoring Brazilian in the Champions League and secured his club’s chances for qualifying for the finals.

READ MORE: Neymar Sets Twitter on Fire as He Admits Theatrics on Field, Promises to Change

The Brazilian forward was widely mocked during the 2018 World Cup for his spectacular rolling on the grass, allegedly in a bid to get the referee's attention. He replied to critics, explaining that although he understands the humor, severe fouls are no laughing matter. Neymar revealed that sometimes tackles can be quite painful and suggested that people just can't grasp this until they experience it themselves.

The football star also added that hard tackles happen due to him being "faster and lighter than other players," noting that in cases like that, a referee needs to decide.