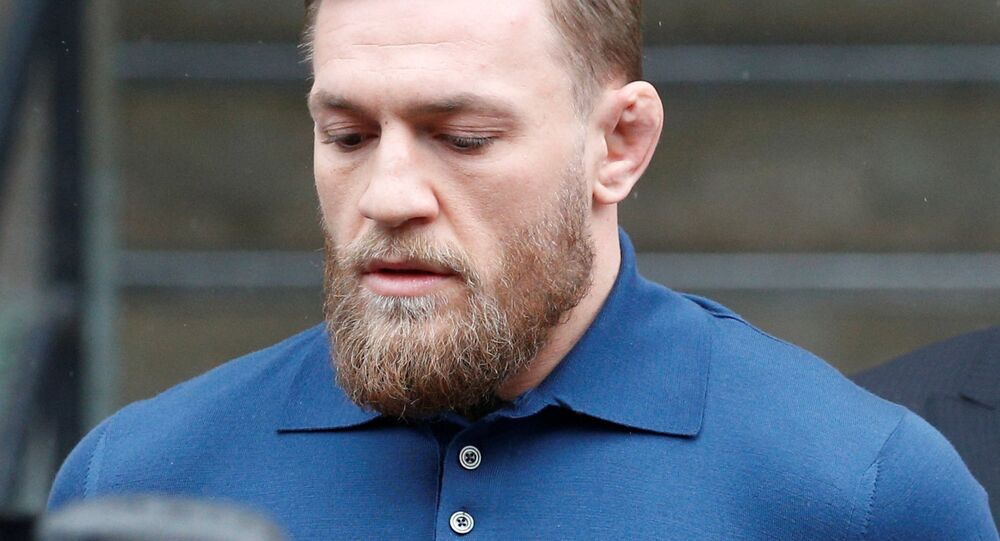 The famed Irish MMA fighter and UFC star admitted severely exceeding the permissible speed limit back in October 2017, while driving up a Kildare highway just outside the Irish capital, and made an apology to the judge.

The judge at a Naas district court near Dublin expressed his disappointment over the case and reminded the fighter of the worrisome number of deaths caused by road accidents, before asking why McGregor did not face a more serious charge. The boxer apologized to the judge over the incident.

Meanwhile, McGregor has had a number of setbacks in his fighting career recently. Having won the UFC Lightweight Championship at the fighting federation's 205th event, he announced he'd take time out from the cage to await the birth of his child in 2017. In August that year, he took part in a boxing match with Floyd Mayweather, despite never having boxed before, and was knocked out cold by the retired legend in the 10th round.

In April 2018, he was deprived of the Lightweight Championship due to inactivity, which is notably in stark contract to his recent headway as an entrepreneur. In particular, his branded whiskey, Proper No. 12, sold like hot cakes, too quickly for many to purchase it earlier this month: a six-month supply of 'liguid gold' flew off the shelves in just 10 days, prompting McGregor to assure customers that another few million bottles will be headed to the US and Ireland just in time for Christmas.