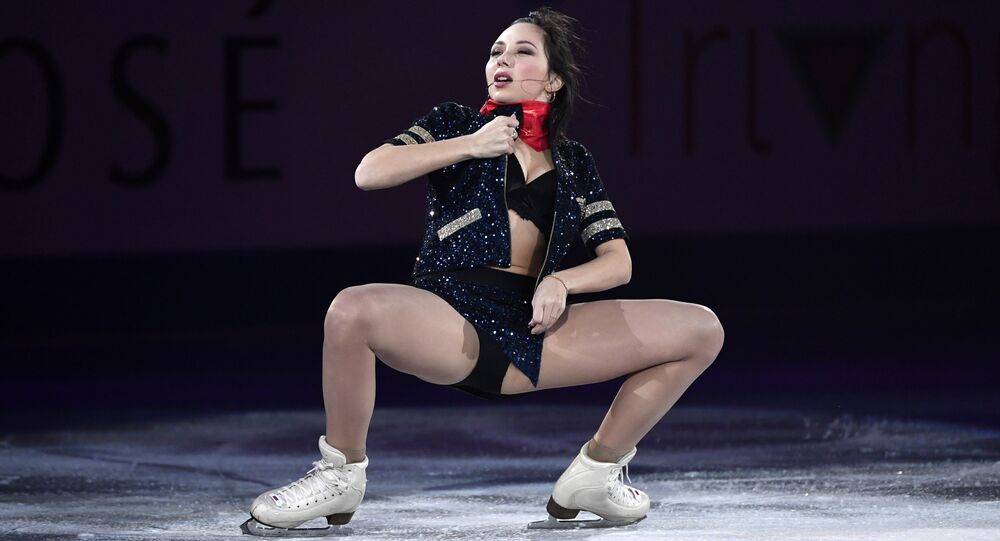 Elizaveta Tuktamysheva, who drove social media crazy with her provocative performance at the Skate Canada Grand Prix, explained why another Russian skater followed her example and chose to strip to the bra, while others decided to skate in lingerie or undress.

A lot of russian skaters get undressed. You wonder why? Simple — it’s too hot in Russia. Late november and still no snow

​The figure skater, who was among the first to take up the stripping trend, took off her sexy flight attendant uniform top while performing the cantilever element and finished her programme in a bra during a gala show in Canada this October. Her edgy tribute to pop princess Britney Spears and her timeless hit Toxic generated attention beyond the figure skating community and put Tuktamysheva, one of the few skaters in the world capable of performing a triple Axel jump, in the spotlight.

However, she wasn’t the only Russian skater who has made fans’ hearts beat faster with racy outfits in addition to jumps and extreme slides. Russian sweetheart and two-time world champion Evgenia Medvedeva chose a lingerie dress for her gala performance, while Olympic Champion Alina Zagitova undressed during her Lara Croft program.

Russian skating pair Sofia Evdokimova and Egor Bazin, who finished fourth at the Rostelecom Cup in Moscow, mesmerised spectators with a provocative dance, heating up the ice to the tune of Michael Jackson’s medley They Don’t Care About Us/Smooth Criminal. The duo took off their jackets in the middle of the routine, with Bazin ending the performance wearing a T-shirt, and Evdokimova ending in a black sports bra.