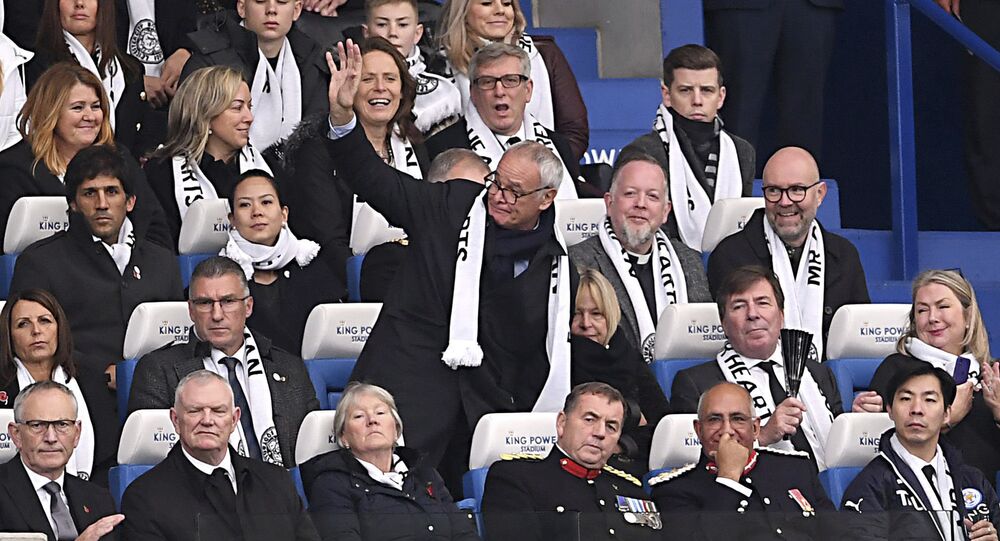 Fulham, who are holding up the Premier League table, have sacked manager Slavisa Jokanovic. There has been a lot of social media reaction to his replacement Claudio Ranieri, the man who led Leicester City to their miraculous Premier League title in 2016.

Fulham, who were promoted to the Premier League in May, have only taken five points from 12 matches and the London club have become the first top flight club this season to change managers.

Ironically Ranieri, 67, is a former Chelsea manager and Jokanovic was the first player he signed for the west London club.

"Making a change without having the right answer or succession plan was not an option. So having someone of Claudio's calibre ready to accept our challenge was comforting but, most of all, essential," said Fulham chairman Shahid Khan, who also owns the Jacksonville Jaguars NFL franchise and recently pulled out of a deal to buy the iconic Wembley Stadium.

Ranieri was nicknamed the "Tinkerman" at Chelsea for his habit of rotating players in the team more than was usual.

Slavisa Jokanovic only found out this morning that he had been relieved of duties at Fulham.
I know football is a cut throat business but can't help but feel Jokanovic has been shown a complete lack of respect with how they've dealt with this #FFC

When he took over at Leicester at the start of the 2015-16 season most pundits thought the Foxes would be relegated and bookmakers offered odds of 5,000-1 on them winning the Premier League.

But with Jamie Vardy and Riyad Mahrez outstanding the unfancied Midlands side went on an astonishing run and were crowned Premier League champions in May 2016.

"Claudio is risk-free and ready-made for the Premier League, and particularly so for what we need at this moment at Fulham. His recent body of work with Leicester City is literally legendary, and then you look at Claudio's experience with Chelsea and big clubs throughout Europe, and it's pretty evident we are welcoming an extraordinary football man to Fulham Football Club," said Khan, who spent £100 million on new players in the summer.

​Ranieri Has Few Fans in Greece

But despite the glowing words of Fulham's owner, Ranieri has had his fair share of failures as a manager, including a spell as boss of Greece, who lost ignominiously to the Faroe Islands in a Euro 2016 qualification game.

Ranieri, who has managed dozens of clubs in Europe and spent last season in charge of Nantes in France, will take charge of Fulham at home to Southampton on November 24.

"Slavisa will always have my appreciation and respect for everything he did to return Fulham to top-flight football. I am hoping everyone in the Fulham family shares my heartfelt sentiments for Slavisa and joins me in wishing him success and good fortune, wherever his next stop may be," said Khan.

Ranieri attended Leicester's goalless draw with Burnley at the King Power Stadium on Saturday, November 10, where he paid his respects to the club's owner, Vichai Srivaddanaprabha, who was killed in a helicopter crash last month.

We're so glad Claudio Ranieri is back 😍 pic.twitter.com/qIIhNcGwGe