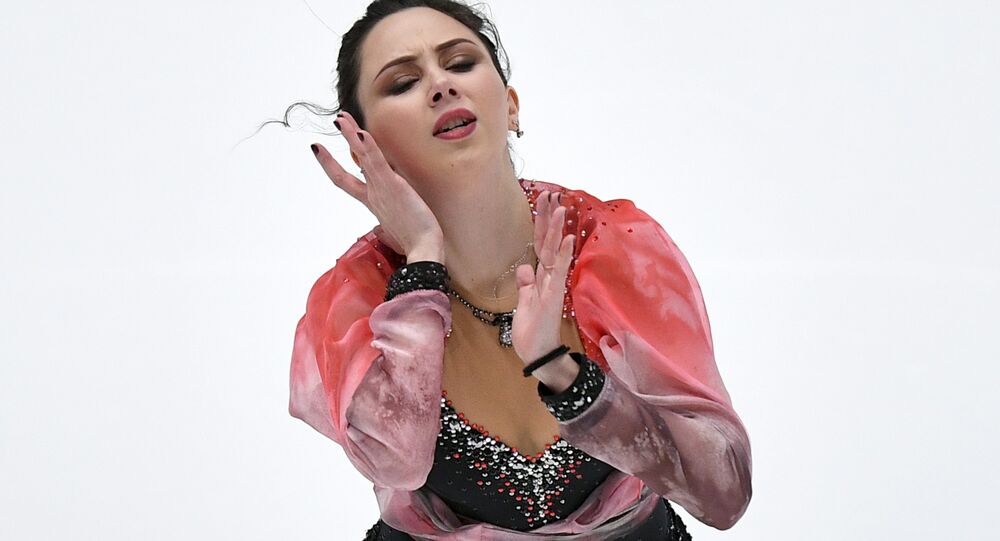 Elizaveta Tuktamysheva first snatched the gold medal at the Grand Prix in Laval, Quebec, winning the hearts of fans with her edgy performance at the gala show, skating and undressing to the 2000s Britney Spears hit Toxic.

Russia’s 2015 world figure skating champion Elizaveta Tuktamysheva spiced up her victorious comeback after a medal draught with a provocative gala dance at the Skate Canada Grand Prix. Tuktamysheva, one of the few skaters in the world capable of performing a triple Axel jump, won the women’s competition, outperforming another Russian star, Evgeniya Medvedeva.

However, it was Elizaveta’s exhibition performance that may have recruited her new fans outside the figure skating community. She decided to pay tribute to pop princess Britney Spears, choosing her hit Toxic and a stewardess persona for the gala. Several moments into the performance, the gold medalist took off her jacket, and finished the program wearing only a bra and a tiny skirt.

​She didn’t only tease the guests of the gala show, but also her followers on Twitter.

Thank you for being with Empress Airlines. Hope to see you soon

She also joked about Medvedeva’s edgy dance, who skated in a silky slip dress during the gala.

​The performance stunned her fans.

She took off her jacket mid cantilever Liza did what had to be done pic.twitter.com/xOyGQXyaR4

elizaveta tuktamysheva has the most powerful chaotic evil energy