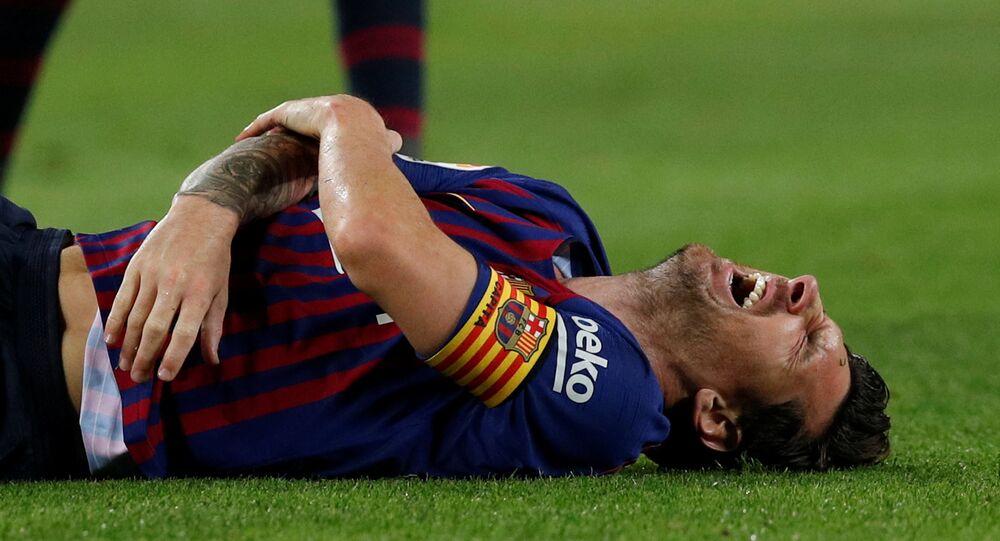 No Messi, No Problem: Barcelona Triumph Over Inter Despite Talisman’s Injury

Argentine football star Lionel Messi suffered an injury in Barcelona’s 4-2 win over Sevilla on Saturday, sending shockwaves across the Camp Nou, with fans worried the club might struggle while the key playmaker recovers.

Barcelona emerged victorious from their Champions League clash against Inter Milan on Wednesday evening, with Rafinha, the player drafted in as Messi’s replacement, scoring the opening goal in the 32nd minute.

Inter continued to defend vigorously and play on the counter as they attempted to score an equalizer, but their pressing tactics left them exposed at the back, and Jordi Alba put the game to bed deep into the second half, securing a 2-0 victory for Barca.

Following the match, fans took to social media to hail Barcelona’s “team effort” and emphatic victory even with Messi on the sidelines.

We finally play good football lately man, today even without Messi. Am I dreaming? 😭

Even without Messi, this was one of the best team performances from Barça this season.

© Sputnik / Anton Denisov
WATCH Lionel Messi 'Nutmeg' Reporter From Across the Pitch
Having won all of their opening three group stage fixtures, Barcelona top Group B with nine points, looking to comfortably progress to the tournament’s knockout stages.

Inter are also in a good position to progress, currently on six points, while Tottenham Hotspur and PSV Eindhoven have managed to pick up just a solitary point each.

Barcelona’s next match, their first showdown of the season with Real Madrid, is likely to be a more challenging test for the team, especially with Messi expected to still be unavailable due to his injury.