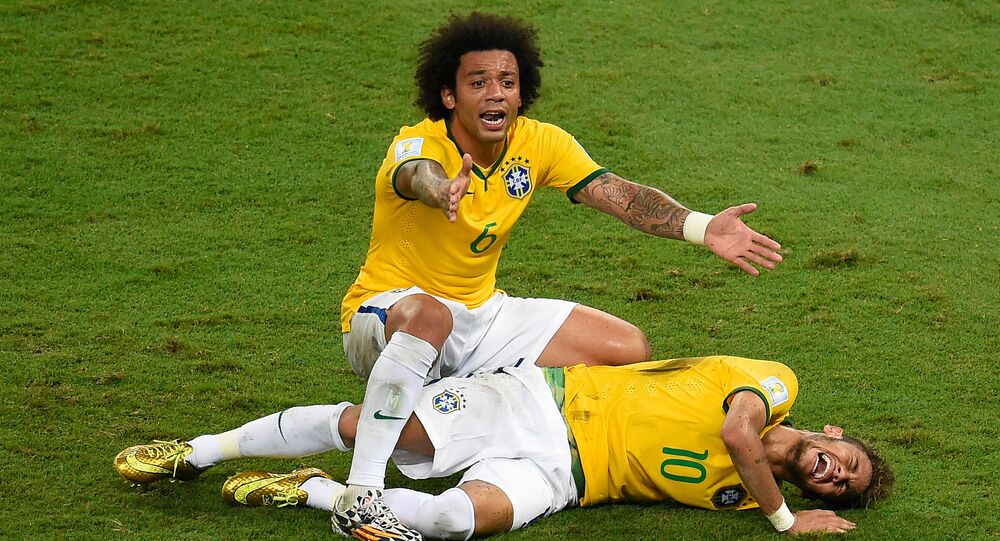 Ahead of the winter transfer window there is growing speculation about numerous potential high profile moves in Europe, as clubs look to bolster their squads for the remainder of the season.

The newspaper’s source specified that Marcelo has insisted he wants to be sold in the January window, not at the end of the season, stressing his intent to leave Real as soon as possible.

The Brazilian has reportedly told Real Madrid President Florentino Perez he wants to leave for Juventus on a number of occasions, as he looks to be reunited with Portuguese ace Cristiano Ronaldo in Turin.

Twitterians have reacted to the prospect of Marcelo leaving Los Blancos, with most fans claiming he wants to leave to be reunited with Ronaldo, who he often combined with on the pitch to produce exceptional attacking plays.

😂😂😂.
He's missing Ronaldo.
Nowadays his crosses are finding Benzema and the Replays are not worth watching.
Poor Marcelo.

Ronaldo effect. If this happens, Juve about to be the old Real Madrid.

Dude wants to be reunited with Ronaldo. The drop in quality is staggering.

Someone misses the GOAT.

Real Madrid have had a poor start to the season, dropping points in five of their nine La Liga fixtures, including an embarrassing 3:0 defeat to Sevilla.

© AP Photo / Nick Potts/PA
‘What a Joke’: Fans Ridicule Real Madrid for Reportedly Considering Ibrahimovic as Ronaldo’s Replacement
The Spanish heavyweights have managed to score just two goals in their last six games, underscoring the need for the club to sign a new striker to compensate for Ronaldo’s absence.

Meanwhile, Ronaldo’s new club currently sit top of Serie A on 25 points, though their winning streak ended over the weekend when they only managed a draw against Genoa.

Next up, Juventus will face Manchester United at Old Trafford on Tuesday evening in a UEFA Champions League group stage clash, while Real Madrid take on Czech side Viktoria Plzeň.