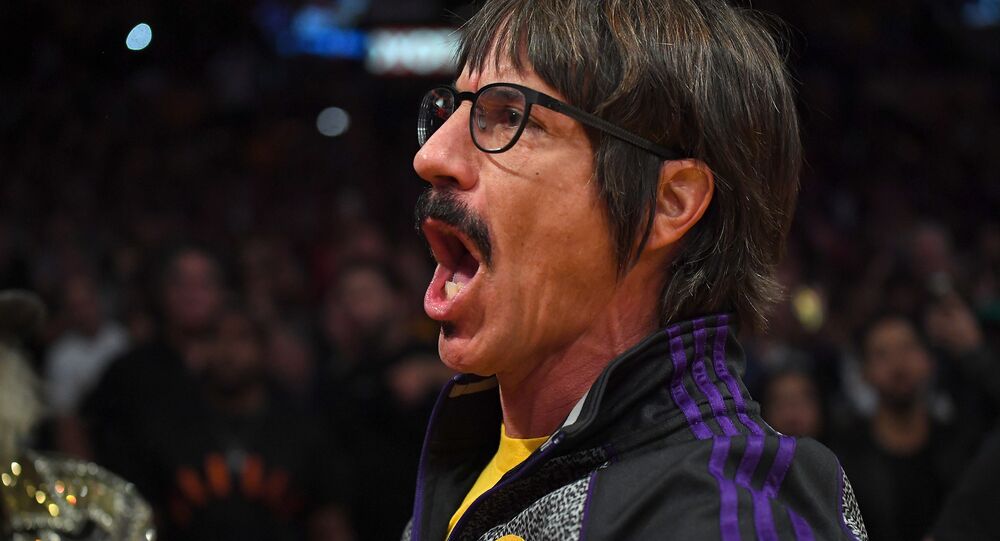 Anthony Kiedis, lead singer of California's Red Hot Chili Peppers, was booted from a recent basketball game between the Houston Rockets and the Los Angeles Lakers over the weekend after he was no longer able to contain his frustrations over the match.

Kiedis' outburst came moments after a violent altercation broke out on the court between the Rockets' Chris Paul and the Lakers' Rajon Rondo during the Saturday game. Video from the National Basketball Association (NBA) game shows both players were engaged in a bit of trash talk before Paul was filmed poking Rondo in the eye. It was later claimed by Paul that the initial fracas began after Rondo spit in his face.

​Rondo and Paul exchanged a few punches before fellow Lakers player Brandon Ingram jumped in to dish out his own bit of revenge on the Rockets team. The brawl was ultimately halted after several players on both teams and security officials intervened to pull the fighters away. Video shows the Lakers' LeBron James carrying Paul to the sidelines in an effort to calm him down.

Kiedis caught the attention of Staples Center security guards after he decided to zero in on Paul as he was being escorted off the court.

Just as Paul walked past, Kiedis launched his verbal assault, yelling a torrent of obscenities at the 33-year-old Rockets point guard. The singer also briefly turned his attention to a court official, yelling, "f**k you, too" before he was removed from the grounds. Kiedis is a Lakers fan.

​Following the game, fellow Chili Peppers bandmate Flea took to Instagram to address the events that unfolded during the heated game, writing, "It got crazy at the end, but man I get so satisfied, deeply drinking in the depth and beauty of the game."

At the lakers game last night with my dear brother. It Got crazy at the end, but man I get so satisfied, deeply drinking in the depth and beauty of the game. People operating at a high level in so many dimensions. Cerebral, physical, spiritual, emotional, unspoken and telepathic communication. I truly love basketball with my ❤️❤️❤️ this photo by my brethren @atibaphoto

​Netizens, as they do, quickly dished out their own opinions on Kiedis' antics, many questioning why he seemed to be sporting a disguise.

​The NBA announced on Sunday that Rondo and Ingram would be suspended without pay for three and four games, respectively. Paul will miss two games.

"Ingram has been suspended for aggressively returning to and escalating the altercation and throwing a punch in the direction of Paul, confronting a game official in a hostile manner, and instigating the overall incident by shoving Rockets guard James Harden," the league said in a statement, according to sports outlet ESPN.

The Rockets ultimately took the win on Saturday, beating the Lakers 124 — 115.

Score or Strip NBA Style: Baller and His Girl Heat Things Up on the Court

Ready for the NBA: Charming Parrots Play Basketball in Venezuela