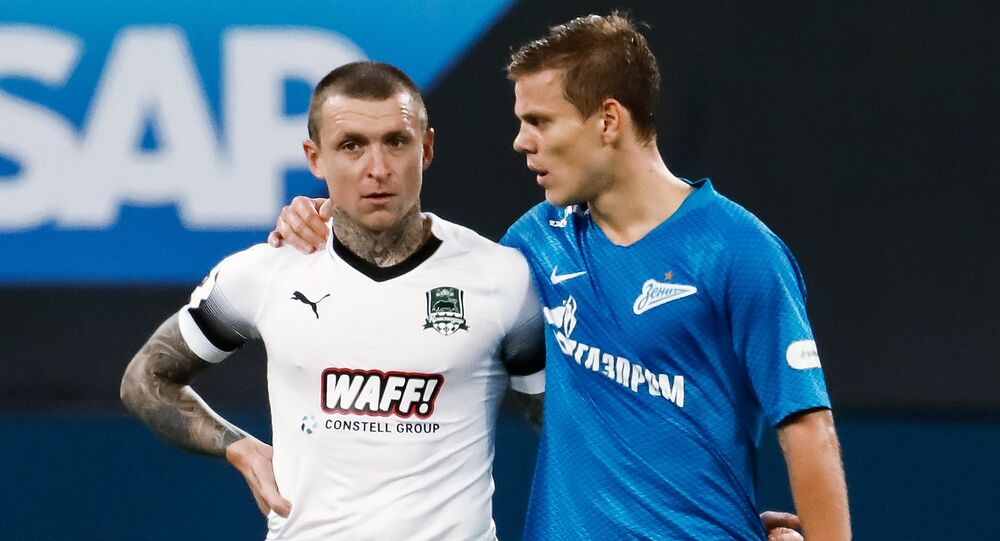 This is not the first time that the two Russian athletes find themselves at the epicenter of a scandal, but it's the first one threatening them with legal charges.

Zenit striker Alexander Kokorin and Krasnodar midfielder Pavel Mamayev were arrested for further interrogation on charges of assaulting two men in a Moscow café and another man near a hotel parking lot, the TV channel 360 reported, citing sources in the Moscow police. A police official denied detaining the football players when asked by another TV channel, Ren TV.

"We paid attention to the issue and saw a quite unpleasant video that was published. But here we probably need to refrain from emotions, to abstract from who are football players and who are not football players. Obviously, there were many witnesses, and the video footage," he added.

Both players' football clubs have expressed regret in connection with their behavior. Krasnodar FC suspended Mamayev from training sessions and announced that it would go to great lengths to terminate its contract with the player, despite the many protective provisions included in it. Zenit FC hasn't announced any punitive measures yet.

Earlier, two videos surfaced showing the incidents allegedly involving the players. The first one showed a group of people harassing and assaulting a Russian TV host's driver in a parking lot in front of the "Pekin" hotel. The driver wound up going to hospital for head injuries.

The second video purportedly showed the incident at a local café, which took place after the first. There, the two players allegedly assaulted the head of a department in the Russian Trade Ministry and a friend of his, the head of the NAMI company, which developed the Kortezh-series (also known as Aurus) of cars for the Russian president. One of them sustained a concussion and head trauma.