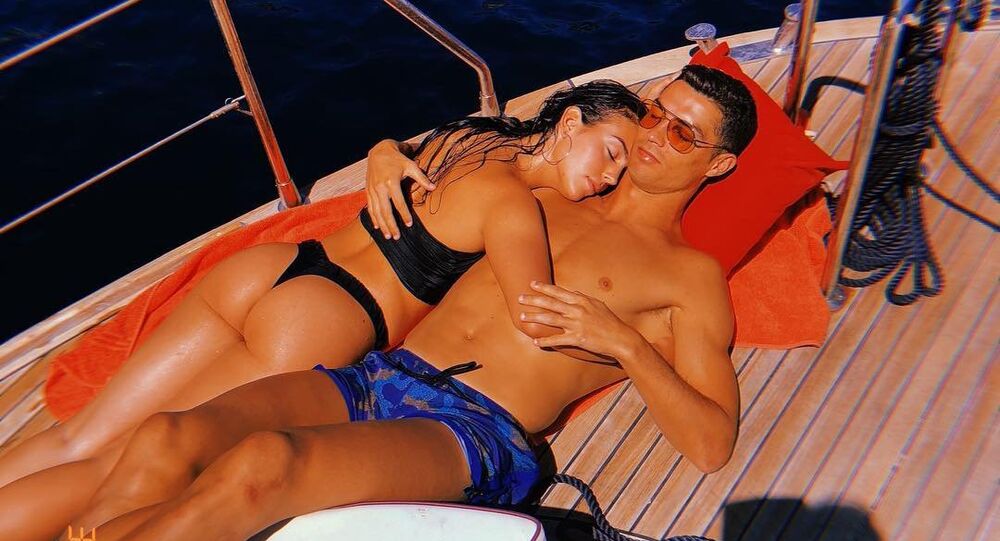 Life off the pitch has apparently been easier for the Portuguese football ace, who has extended his goalless debut for Juventus to three games.

Even though Juventus picked up a 2-1 victory over Parma away, things literally got murky for the Italian champion's newest team member Cristiano Ronaldo. The Portuguese hitman, who has failed to find a net for the third game in a row, was seen striding through the mix zone trying to hide his swollen left eye.

The 33-year-old striker attempted eight shots against Parma and topped the list of players with most shots without scoring (23) in Europe's top five leagues.

As all eyes are on Ronaldo's efforts to end his Italian goal drought, he found solace on his yacht alongside his 24-year-old girlfriend Georgina Rodriguez, who put on a seductive display to try and comfort her boyfriend.

The Argentine model regularly updates her massive 7.2 million Instagram following on the details of her lavish lifestyle and posts racy holiday pics once in a while.

Ronaldo, who has been nominated for The Best Men's Player of the Year award by FIFA, move to Juventus from Real Madrid this summer for an eye-popping €105 million fee on a four-year deal. He netted a staggering 311 goals in 292 appearances for the Spanish football giant, becoming the club's all-time top goal scorer and picking up the Champions League trophy four times.