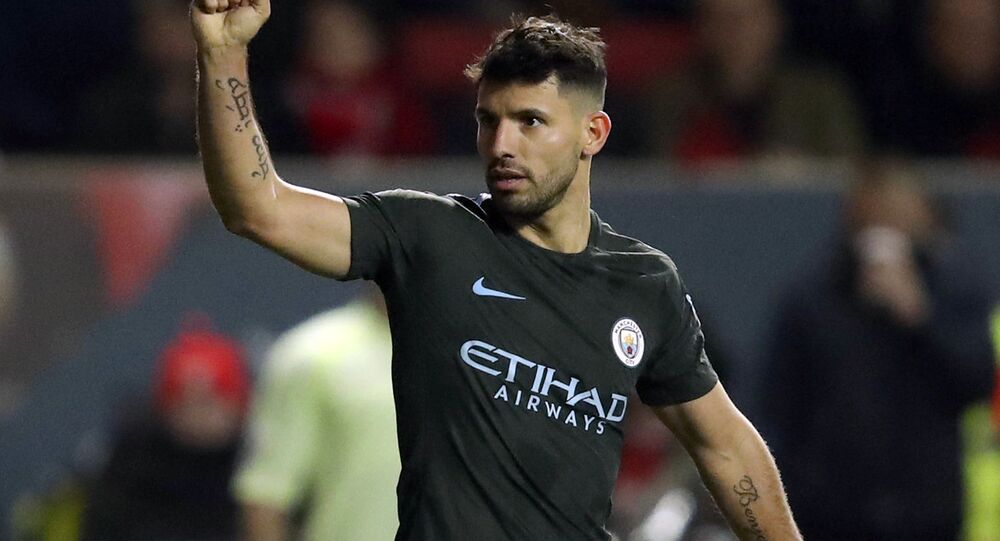 The Argentine star was filmed by his model friend smoking a hookah pipe, risking the wrath of his boss Josep Guardiola after he failed to find the net in his club's Premier Leagus fixture with Wolves.

Manchester City striker Sergio Aguero is unlikely to face disciplinary procedures from his club, Sky Sports reports, after a video of him smoking a shisha pipe appeared on Instagram.

The video, now deleted, showed Aguero inhaling from a hookah pipe and puffing out smoke with a wide smirk on his face alongside his friend, 18-year-old Argentine model Lola Magnin.

According to Sky Sports, Manchester City officials are aware of the footage, but have no concerns about it.

The 30-year old Argentine ace holds the title of Manchester City's all-time top-scorer with 206 goals. He failed to bag a goal in Saturday's clash with Wolverhampton, a week after his hat-trick for the Premier League champions in their crushing 6-1 win over Huddersfield.