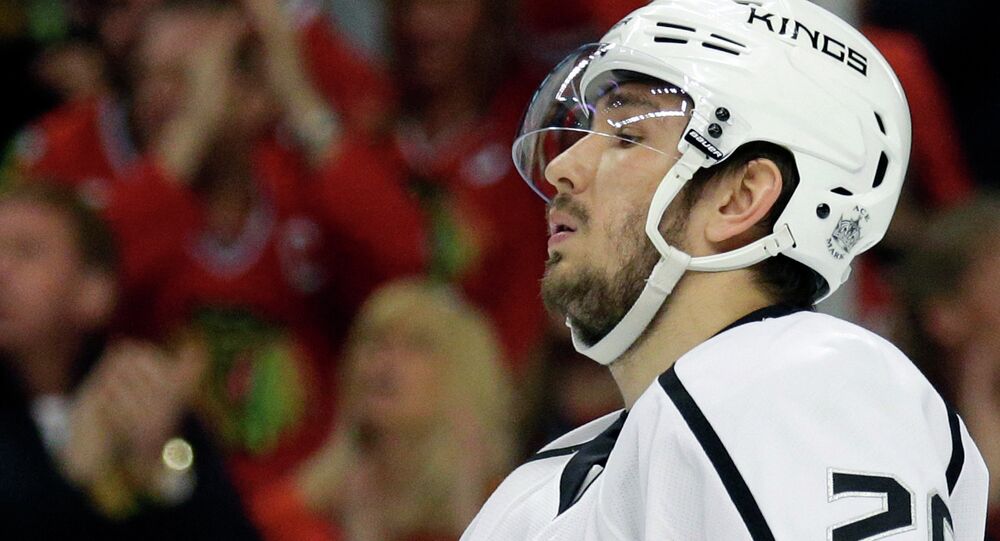 SOCHI (Sputnik) - The National Hockey League (NHL) does not confirm the reinstatement of Russian defenceman Vyacheslav Voynov that would allow him to participate in the tournament, NHL deputy commissioner and chief legal officer, Bill Daly, told Sputnik on Sunday

"No, that would not be accurate," Daly said by phone, asked whether Voynov had been reinstated in the NHL.

Earlier in the day, head of the Kontinental Hockey League (KHL) Alexander Medvedev said that Voynov, who has been playing for St. Petersburg-based SKA, had been granted permission from the NHL to return after his dismissal back in 2015 in connection with domestic violence charges.

© REUTERS / Gary A. Vasquez-USA TODAY Sports
Twitter Explodes as NHL Star Ovechkin Shaves Off Beard, Looks Unrecognizable
The Russian hockey player spent four seasons at Los Angeles Kings, winning the Stanley Cup in 2012 and 2014. Voynov was forced to leave the NHL club because of the disqualification imposed on him after the trial on domestic violence charges. In 2015, a US court found Voynov guilty of domestic violence against his wife and sentenced him to 90 days in prison.

In October 2015, Voynov moved to St. Petersburg. In June, SKA head coach Ilya Vorobyev said that Voynov intended to continue his career in the NHL.