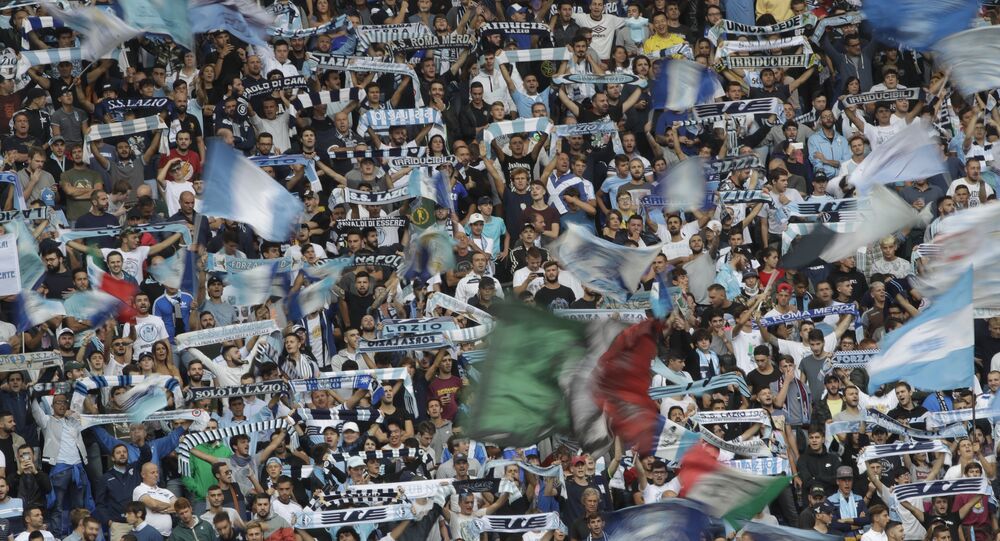 Some male supporters called the first 10 rows of their home stadium's Curva Nord stand "sacred," saying that no females were allowed in the "trenches." In one of the latest blows to the club's image, last year Lazio supporters posted stickers of a Holocaust victim in a Roma jersey.

Die-hard fans of Lazio, a top-flight Italian football club, had distributed disgraceful flyers before a Serie A opener against Napoli.

In the handouts, widely shared on social media, Lazio "ultras" called the Curva Nord section at Stadio Olimpico a "sacred place" and an "environment with an unwritten code to be respected."

"The first few rows, as always, have been experienced like the trenches. In the trenches, we do not allow women, wives and girlfriends, so we invite them to position themselves from the 10th row back."

Club officials have condemned the flyers. "It is not the position of the club, we are against any discrimination," Lazio spokesman Arturo Diaconale said, as quoted by The Independent.

The fans' message has sparked a public backlash, with people calling for ultras to be banned and describing their actions as "absolute madness."

'Sacred place'??? I guess this sums up the intellect of these men.

Ban the ultras & make the curve family only stand.

Others, however, apparently seemed more receptive to the calls.

Is there a difference between this and women only gyms?

how do I join theses ultra????

The controversial calls have made headlines in Italy, coming less than a year after Lazio supporters plunged the club into another scandal. Last October, they taunted rival Roma fans with stickers of Anne Frank, the famous Holocaust victim, in a Roma jersey alongside slogans such as "Roma fans are Jews."

After the incident rocked Italian football, 13 Lazio fans were handed stadium bans of five to eight years, while the club was fined 50,000 euros.

Netanyahu Lashes Out at Erdogan After He Calls Israel 'Fascist State'