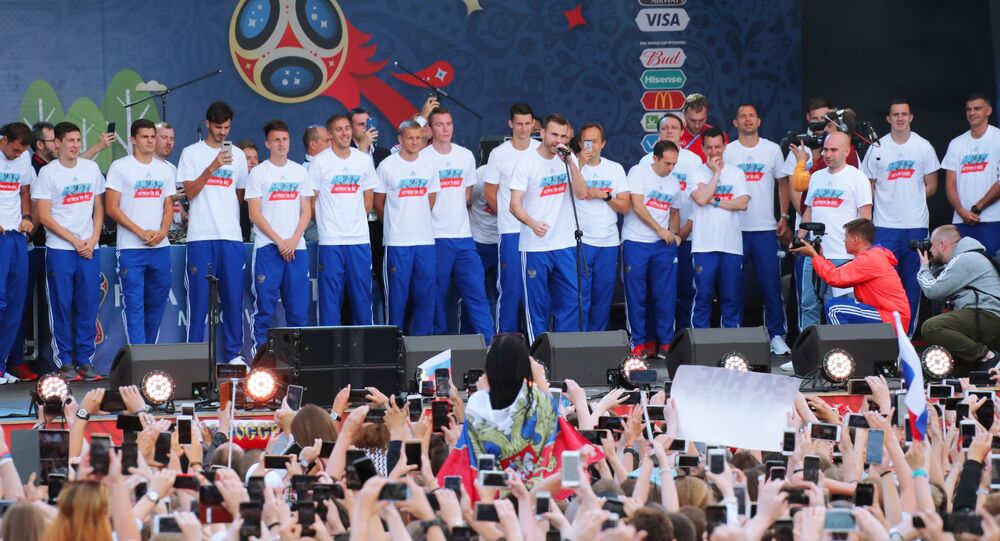 MOSCOW (Sputnik) —  The latest FIFA World Ranking released on FIFA's official website on Thursday showed that Russia has moved up 21 places and are now 49th. Russia was ranked 70th in the previous edition of the ranking, published in June ahead of the 2018 FIFA World Cup — this was the country's worst result ever. Russia's jump is the best progress ever made by any national team.

The 2018 FIFA World Cup was held in 11 Russian cities from June 14 to July 15 for the first time in the history of the country. The host nation reached the quarterfinals, losing to Croatia, yet achieving the country's best result since the end of the Soviet era.

The FIFA World Ranking, first published in December 1992, is a listing of the national teams of FIFA's member states, where they are ranked according to their results from international matches. While the ranking is published every month, the July 2018 release was canceled over the implementation of a new calculation method. This year's ranking was topped by France, the 2018 World Cup winner.