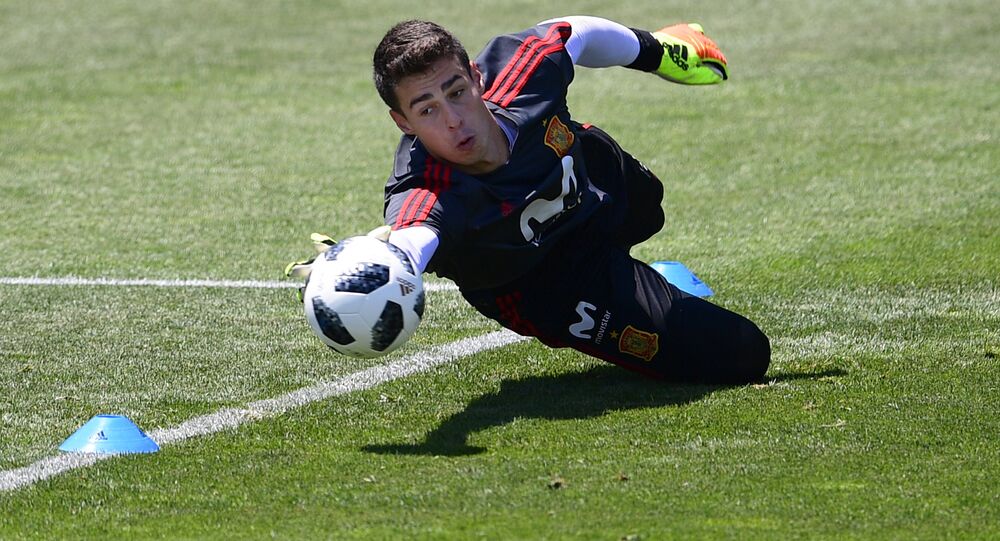 While the media have been speculating over Chelsea’s readiness to pay 72 million pounds to sign Kepa Arrizabalaga, netizens have been wondering who his girlfriend is.

The 23-year-old Athletic Bilbao star Kepa Arrizabalaga’s girlfriend Andrea Perez prefers to keep a low profile since she deleted all her social media accounts. Last December she posted a photo of her in a Madrid park, fueling rumors that Real Madrid were going to sign the Athletic goalkeeper. She later deleted the snap.

Perez, who has recently graduated with a degree in teaching, has been in relationship with Arrizabalaga for nearly five years. Even though she doesn’t have an Instagram account, she appears on her boyfriend’s feed; last month, he shared a cute snap of the two embracing in the sea while on vacation.

Earlier in the day, Athletic Bilbao announced that Arrizabalaga had paid the 80 million-euro buyout clause, thus becoming the most expensive goalkeeper of all time.

"On Wednesday, August 8, 2018 at 12:02 hours, the Professional Football League confirmed to us that the player, Kepa Arrizabalaga, has met the requirements for the valid unilateral termination of the work contract that linked him to Athletic Club. The amount of the compensation established in the contract has been deposited. Athletic thanks the player for his contribution during the time he has been in our club," the club’s statement read.

Kepa is now expected to fly to London to undergo a medical examination and finalize the reported move to Chelsea.