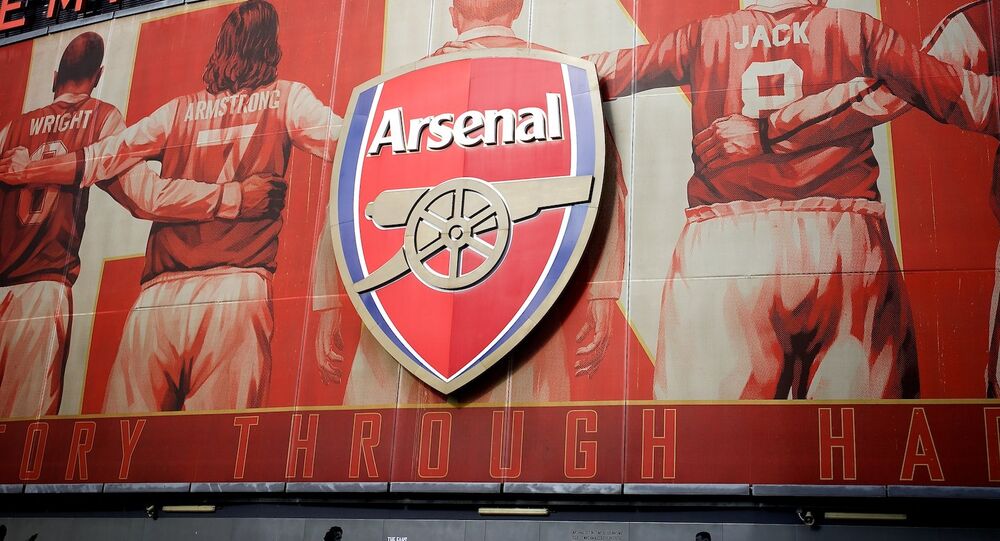 Stan's Gunner Go for It: But Why Does Kroenke Want to Buy All Shares in Arsenal?

The American majority shareholder in English Premier League club Arsenal has made a £600 million (US$777 million) offer to buy the 30 percent of shares he does not already own. Sputnik looks at what lies behind Stan Kroenke's maneuver.

US billionaire Stan Kroenke owns 67 percent of shares in The Gunners, through his company KSE, but he has reportedly done a deal to buy Uzbekistan-born Russian businessman Alisher Usmanov's 30 percent stake.

The deal, which values the north London club at £1.8 billion (US$2.33 billion), marks the end of a decade-long battle for control of the club between Kroenke and Usmanov.

In 2009 Kroenke bought enough shares to overtake Usmanov as the largest shareholder and two years later he bought a majority shareholding.

Arsenal's majority shareholder Stan Kroenke is set to take full ownership of the football club in a deal valuing it at £1.8bn after the second largest shareholder Alisher Usmanov indicated he would accept the offer

​Arsenal Have Fallen Behind Rivals

But many Arsenal fans have accused the American of failing to invest in the team, meaning they fell behind rivals Manchester City, Manchester United, Chelsea, Liverpool and even Tottenham and failed to qualify for the Champions' League in 2017 or 2018.

The club last won the Premier League in 2004 and has in recent years sold key players like Robin Van Persie and Alexis Sanchez to rivals United.

6️⃣ days until we're back 😁 pic.twitter.com/yE7W1MB1Cd

​Manager Arsene Wenger finally stepped down in April, after 22 years at the club, and has been replaced by Unai Emery, a Spaniard from the Basque country.

Kroenke has part-funded the purchase of Usmanov's shares with a £557 million ($722 million) loan from Deutsche Bank.

The American still needs to purchase a handful of remaining shares — about three percent of the club — in order to take the ownership of the club private.

Kroenke, who also owns the Denver Nuggets basketball team and the Los Angeles Rams gridiron team, said in a statement to the London stock exchange a single owner would be able to pursue its strategy quicker.

"We appreciate Mr. Usmanov's dedication to the Arsenal Football Club and the storied ethos and history the club represents," he added.

But the Arsenal Supporters' Trust condemned the move, saying it would allow Kroenke to run the business with no oversight and to add debt to the balance sheet.

"Many of these fans… hold their shares not for value but as custodians who care for the future of the club. Kroenke's actions will neuter their voice and involvement," the Trust said in a statement.

​David Kershaw, an independent shareholder, fan and chief executive of advertising group M&C Saatchi, told Reuters he was concerned the deal would not lead to a better performance on the pitch.

"It's very sad that we're in danger of losing any transparency into how our club is run," said Mr. Kershaw.

Gunners Take On Manchester City At The Weekend

Arsenal kick off the new season on Sunday, August 12, at the Emirates Stadium against the champions Manchester City.

A heavy defeat could lead to calls for Kroenke to either invest or sell the club.

​In May last year Usmanov made a US$1.3billion bid for the entire club but Kroenke refused it and Usmanov now appears to have thrown the towel in and is selling up.

In 2014 he moved all his assets back to Russia, following a call by President Vladimir Putin.

Usmanov may now launch a bid to buy another British club, such as up-for-sale Newcastle United, or he could be tempted to invest in a Russian club.

As German Player Signs for Arsenal, Fans Hit His WAG's Instagram With Congrats