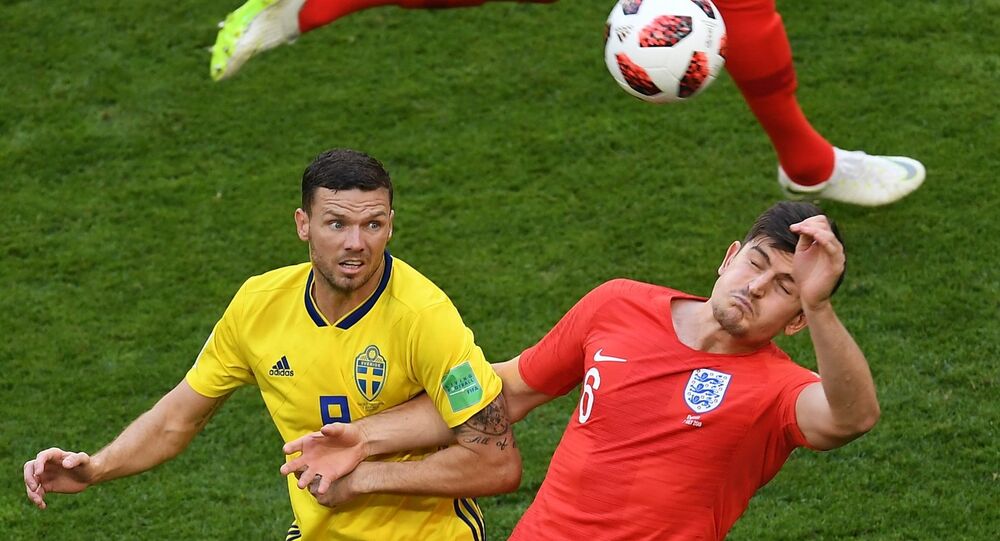 With the 2018 transfer deadline looming, football clubs are offering top dollar to hire the best players around.

Manchester United is ready to offer more than £75 million ($97.4 million) to sign Leicester and England defender Harry Maguire in a bid that would make him the priciest defender in the history of football, Sky News reported.

According to the newspaper, Maguire seems to be head coach Jose Mourinho's top target as he is readying the team for the start of a new Premiere League season.

© Sputnik / Vitali Timkiv
Goals by Alli, Maguire Help England Beat Sweden 2-0, Make it to Semi-Finals
He also knows that the club would have to shell out a record sum to bring Maguire onboard.

The current record is the £75 million Liverpool paid over the winter to sign Virgil van Dijk from Southampton.

Harry Maguire joined Leicester in the summer of 2017 and he played for England at the 2018 World Cup in Russia.

During the 2016 transfer window Manchester United set a global transfer record by splurging a whopping £93.2 million ($121 million) to sign Paul Pogba who won the 2018 World Cup playing for France.

Paris Saint-Germain smashed even that world transfer record by completing the £200 million ($259.8 million) signing of Brazilian striker Neymar from Barcelona in the summer of 2017.