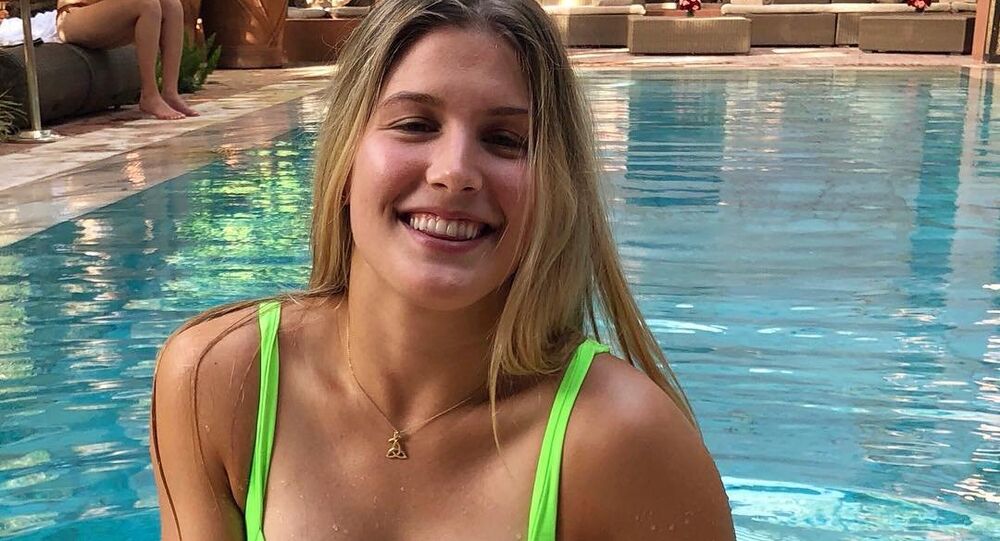 After an injury forced the Canadian sweetheart from the semifinals of the Swiss Open, the proclaimed tennis babe and star of the Sports Illustrated Swimsuit Issue has made her dream come true in Morocco, occasionally wowing her 1.7 million followers with poolside looks.

Eugenie Bouchard, who has made fans not only in the courts, but also on the social media platform, has been sharing vacay vibes from Morocco with her Instagram followers.

Besides giving the feed some local flavor with snaps of Marrakesh streets, she also indulged her fans with snaps in a tiny bikini.

She let the followers see her trendy swimsuit and toned body from different sides.

In Morocco, Bouchard has not only chilled by the pool, but also explored some local color, riding a donkey and experiencing some night life with more clothes on.

These guys took us up Mount Toubkal

However, Bouchard is used to more revealing attire than Moroccan modesty might dictate. The Canadian has posed twice for the annual Sports Illustrated Swimsuit Issue and shared numerous sexy snaps along with training updates on her Instagram account with 1.7 million followers.

Her tennis career has not been as stable as her social media activity. Bouchard, who was fifth in the WTA ranking in 2014, has slipped to 123nd place.

Recently, she lost in the Swiss Open semifinals to the top seed Alize Cornet from France; she retired from the court during the second set due to pain in her right thigh.