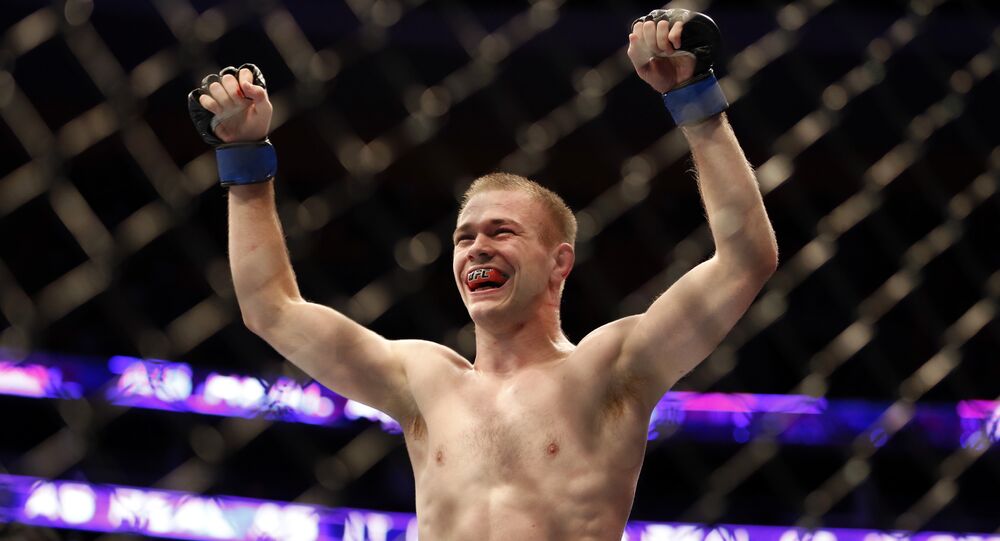 MMA Fighter Knocks Out His Opponent in Under a Minute, Breaks Own Hand (VIDEO)

A bantamweight fighter has emerged victorious, but at a price. He now fears that he might be "too strong" for his own body.

Michael McDonald knocked out another bantamweight MMA fighter Eduardo Dantas in just 58 seconds in the championship Bellator 202. At the outset of the fight, a lucky hit dropped his opponent to the ground and McDonald used the advantage to the fullest by raining punches on him until the referee announced a knockout, bringing the match to an end less than a minute after its start.

Epic video of a knockout and great sportsmanship from sitting ringside at @BellatorMMA for @MaydayMcDonald vs. Dantas. #bellator202 pic.twitter.com/QHF9K0VgCe

However, it seems that McDonald's onslaught was a little too much for his own body, as it left him with a broken left hand. When commenting on his injury, he expressed concern that he might just be "too strong" for his own body.

Mr. Michael @MaydayMcDonald in a sling following his victory tonight at #Bellator202. pic.twitter.com/rHMFviUgUg

McDonald confirms he broke his left hand, not his right hand. Says he may be too strong for his body. Doesn't know how long he can keep doing this. #Bellator202

His opponent, Eduardo Dantas, didn't leave unscathed either — in a stroke of bad luck, he fell on his own ankle, which could also leave him unable to compete for some time.

Michael McDonald, 27, currently has a record of 19 victories (all of them KOs) and has been defeated only 4 times.