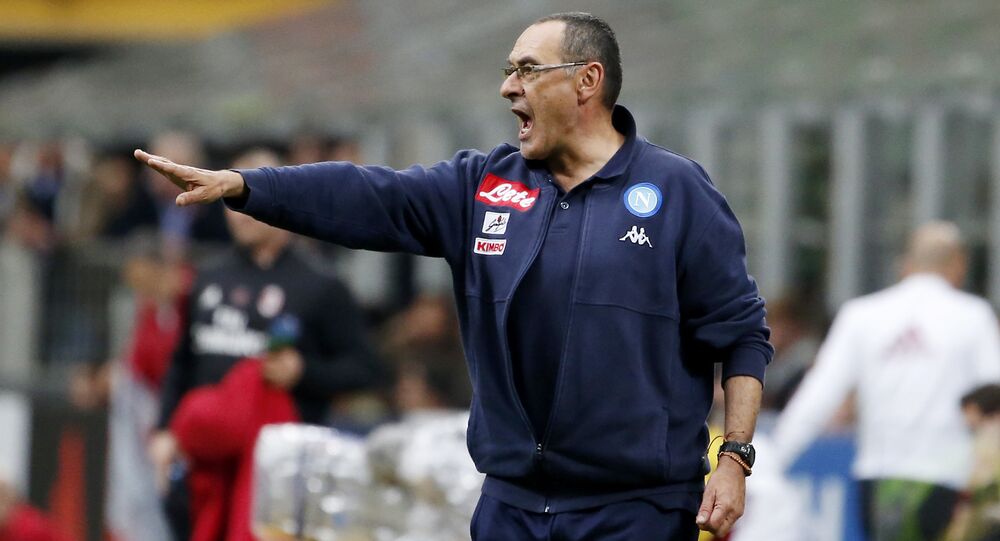 Sarri, who was previously Napoli's manager, led the Italian club to two second-place and one third-place finish in three seasons at the helm. He also won the Coach of the Year award in 2017.

According to the official statement, Sarri has joined Chelsea as head coach on a three-year contract.

"I am very happy to be coming to Chelsea and the Premier League. It is an exciting new period in my career," Sarri said, adding that he was looking forward to starting work on Monday in order to "provide some entertaining football" for the club fans.

Just a day earlier Chelsea announced that the club had fired Antonio Conte, who's been the team's manager for two years.

Last summer was difficult for the club, as Chelsea finished fifth in the league, falling 30 points behind champions Manchester City, meaning that the club will now play in the Europa League competition rather than the Champions League.