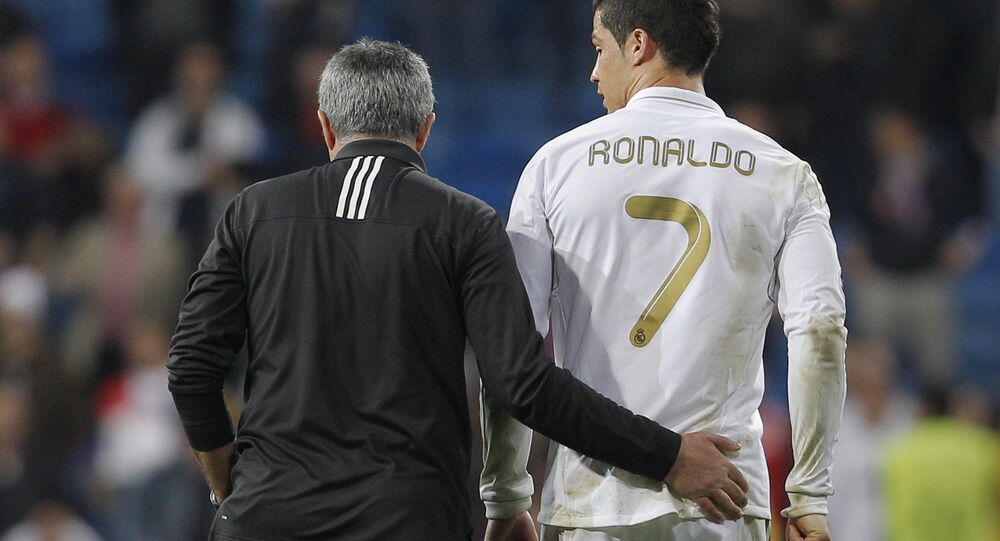 Just before the results of talks on the star footballer’s transfer are expected to be revealed, one of Ronaldo's former teammates from Manchester United, Patrice Evra, has tried to lure him to Italy. Evra didn't only given him a pep talk, promising a bright future at the next World Cup, but also sang to lure Ronaldo to Turin.

Patrice Evra, who also played for the Italian Series A club Juventus, has tried to convince Cristiano Ronaldo to leave Real Madrid for Turin’s football heavyweight.

“Everyone asks me, Pat, what do you think? I haven’t spoken to Cristiano about this, but my advice is, if he wants to play to 2050, he has to go to Juve. There is no other team he must join. It’s simple,” the former footballer said.

He pledged his allegiance to Juventus, thanking the black-and-white team, which let him continue to “win and to run” after he left Manchester, saying “Juve will always be in my heart.” As if the pep talk was not enough, Evra sang the club anthem loudly and proudly.

He addressed Cristiano Ronaldo, stating Juve is the right choice, although he warned that going to Juve means “to work and to work HARD.” But the reward is worth it, according to Evra.

“This lot, ha, don’t know what a vacation is. But that’s the choice. Either you want to continue playing to 2050 or just carry on for a bit. I can tell you this. If you go to Juve, you’ll be at the next World Cup not as a mascot, but as a protagonist. A PROTAGONIST,” Evra concluded.

According to the Italian outlet Corriere dello Sport, citing Portuguese media, the new deadline for the announcement, branded “the transfer of the century,” is on July 10. Real Madrid’s board of directors is scheduled to meet at the beginning of this week, including the club's president, Florentino Perez.

Speculations that Cristiano Ronaldo may leave the venerable Los Blancos, which he joined in 2009, increased after the team’s third consecutive Champions League win against Liverpool in May. On June 2, Corriere dello Sport reported that Ronaldo planned to stay on if he was paid 80 million euros ($94.4 million) a year and hinted that he could leave Real, where he has been playing for the past nine years.

At first, Manchester United and PSG were named among the contenders who could sign the five-time Ballon d'Or winner, but later numerous reports emerged suggesting he may head to Italy.

According to Italian journalist Gianluca Di Marzio’s website, Juventus is trying to lure Ronaldo away from Real Madrid, as talks with his agent Jorge Mendes are underway. The website claims the player is keen on leaving Madrid in light of the lukewarm contract negotiations with the club’s management. Juventus would reportedly need to pay 120-150 million euros to Real for the transfer, while Ronaldo himself is seeking a salary of 30 million per season. The overall price tag of the move would be around 400 million euros for Juventus.

Ronaldo Reportedly Getting Ready to Move to Italy