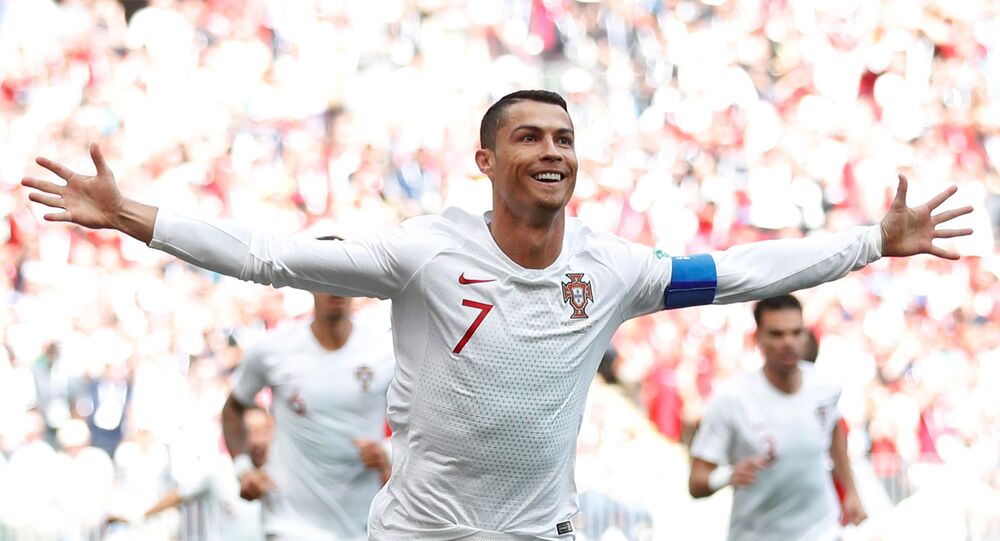 It looks very much like Cristiano Ronaldo is going to leave Real Madrid this summer, as the Spanish club reportedly agreed to Juventus FC’s offer of $116 million for the renowned player.

Talks about Cristiano Ronaldo leaving Real Madrid have swirled around since May, when the 33-year-old player hinted he might depart after Real won its third consecutive Champions League title. Those discussions suddenly appear set to crystallize into reality, as the Bernabeu-based club has reportedly agreed to accept a £88 ($116) million payment from Italy's Juventus.

© Sputnik / Gregory Sysoev
England Knocks Out Colombia in FIFA World Cup Round of 16 in Penalty Shootout
According to a report by Metro.co.uk, Ronaldo is believed to seek an increase in payment, which will put him in line with Lionel Messi of Barcelona and Neymar of Paris Saint-Germain (PSG). However, Real Madrid President Florention Perez has been unwilling to sign a new contract with Ronaldo, who is already an aged player, by football's measurements. Despite that, a new contract has, in fact, been offered to the star with improved terms, but Ronaldo rejected it, cementing the idea that this would be his last year at Bernabeu.

Juventus offered Ronaldo a $34 Million per year contract, the Metro report notes, which is actually the same as Real Madrid's final offer.

Despite that, Perez reportedly insisted that he'd sell Ronaldo only on a £883 million ($1.14 billion) release clause. And now, Perez agreed on just one tenth of this sum, according to TV show El Chiringuito de Jugones.

Perez's unexpected agreement to let Ronaldo go might signal other clubs, such as Manchester United and PSG, who also displayed interest in the football star, to make their moves. However, it is Juventus who is believed to become Ronaldo's new home, Metro reports, pointing out that Ronaldo's agent, Jorge Mendes, used negotiations with the Italian side over Joao Cancelo's $46 million move to also discuss bringing Ronaldo to Turin.