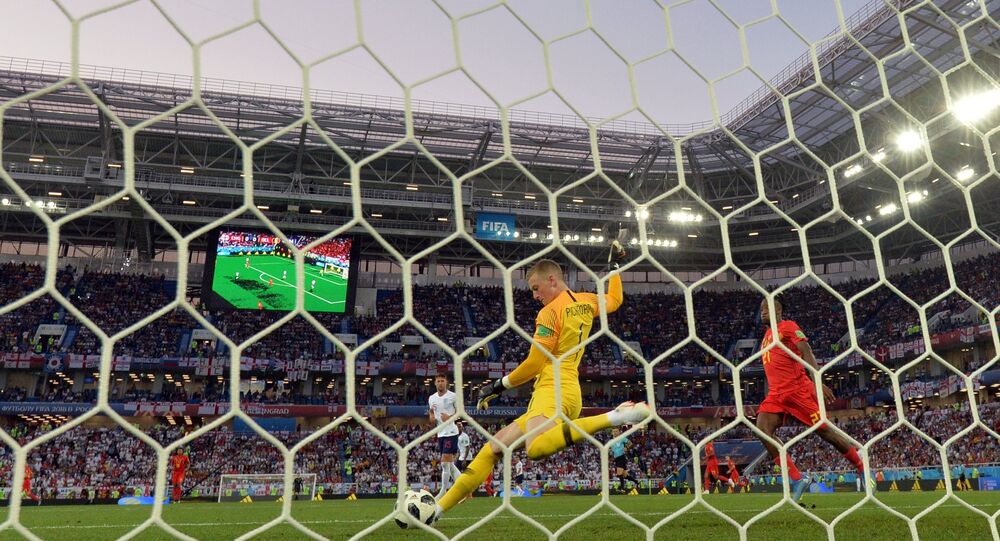 England play Colombia on Tuesday, and if they win they will be only two steps away from the World Cup final. Sputnik looks at the pressure on UK Prime Minister Theresa May to go to Russia if England go all the way.

If England beat Colombia on Tuesday, July 3, they will face either Russia or Croatia in the semi-final, with the winner making it through to the final in Moscow on Sunday, July 15.

But that will leave Theresa May with a political dilemma — does she stick to her guns and boycott Russia at the risk of not being there on what could be the country's biggest sporting event in more than half a century.

If she chooses to stay away will Mrs. May allow Prince William to represent England?

In March, British Foreign Secretary Boris Johnson said the England team should boycott the World Cup over the poisoning of former Russian spy Sergei Skripal and his daughter Yulia, who eventually recovered and were released from the hospital.

The British government blamed the incident, in the British city of Salisbury, on Moscow and expelled a large number of Russian diplomats from the country, with several European states and the US following suit.

UK Prime Minister Theresa May also said no UK ministers or members of the royal family would attend this year's World Cup.

Russian authorities have strongly refuted the allegations about the Skripal affair as groundless.

Several world leaders have attended games in Russia, including King Felipe VI of Spain, who was pictured with Russian prime minister Dmitry Medvedev during the game between the two nations on Sunday, July 1, which Russia won on penalties.

Up close and personal with the little English team. Not quite the real deal, but close! #England pic.twitter.com/yW27wpqVqb

​He claimed London's "dispute is solely with the current administration of the Kremlin", and the British government has "no quarrel with Russia, or the Russian people."

Before the tournament much of the UK press was full of articles about Russian hooligans and what an awful experience it would be for England fans but in the event there has been no hooliganism and England supporters have reported a warm welcome in all the cities they have played in.

Tuesday night's game against Colombia is in the Otkritie Arena in Moscow, home of the city's famous Spartak team.

England Hoping For Trip To Samara

If England overcome Colombia — who they beat 2-0 in the 1998 World Cup — they will go to Samara to play either Sweden or Switzerland.

​Victory in that match would bring them back to Moscow to face either Croatia or the hosts on Saturday, July 10, and if they were to triumph then they would play possible Brazil or France in the final.

Prince William, the Duke of Cambridge, is the President of the Football Association (FA) of England and often attends England matches as well as the FA Cup Final.

In 2014 Prince Harry was in Brazil when England drew their third and final game against Costa Rica.

But the princes will only attend games in Russia if the British government deems it politically expedient.

A Downing Street spokesman told Sputnik there had been no change from the position Mrs. May set out earlier in the year in Parliament.

$1,600-Dollar Taxi and Breakfast at Pub: How England Fans Prepare for Match