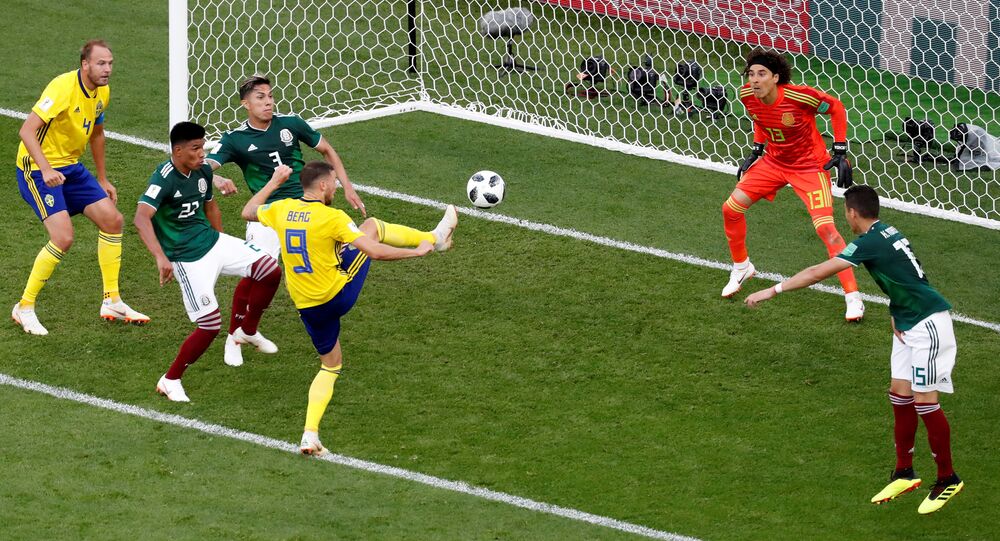 ‘Not At All Double Standards’: Sweden Drops Cup Boycott After Team Advances

The Swedish government has announced that it will no longer be boycotting the 2018 FIFA World Cup after its national team advanced to the knockout stage on Wednesday when it beat Mexico 3-0.

Swedish Foreign Minister Margot Wallström made the big announcement at a press conference on Thursday, according to Local Sweden.

"We're in another situation now," the official told reporters from tabloid Expressen. "Football should be something that unites."

"Denmark will also send people, and the UK won't object to us traveling there. Exactly what they will do, understandably, depends on what happens in the football. I don't think they've decided. We will continue to cheer for our team."

The Swedish government made the decision to launch its boycott of the games, which are being held in Russia, in solidarity with the UK over the poisoning of Sergei Skripal and his daughter Yulia in March 2018. Though the UK and its allies have repeatedly accused Moscow of orchestrating the Salisbury attack, Russia has rejected the accusations. Evidence of Russia's involvement has yet to be revealed.

Although which Swedish politicians will be attending the games has not yet been determined, neither Wallström nor Swedish Prime Minister Stefan Löfven will be in attendance, The Local Sweden reported.

During the conference, Wallström stressed that even though the boycott would be no more, the "political views remain the same."

"I think it was an important line to draw, but now we're in a different situation in a footballing sense. It's not at all double standards," she said.

Sweden will face off against Switzerland in Saint Petersburg on July 3.

Argentine Cyclist Travels the World by Bike to the World Cup (PHOTO, VIDEO)