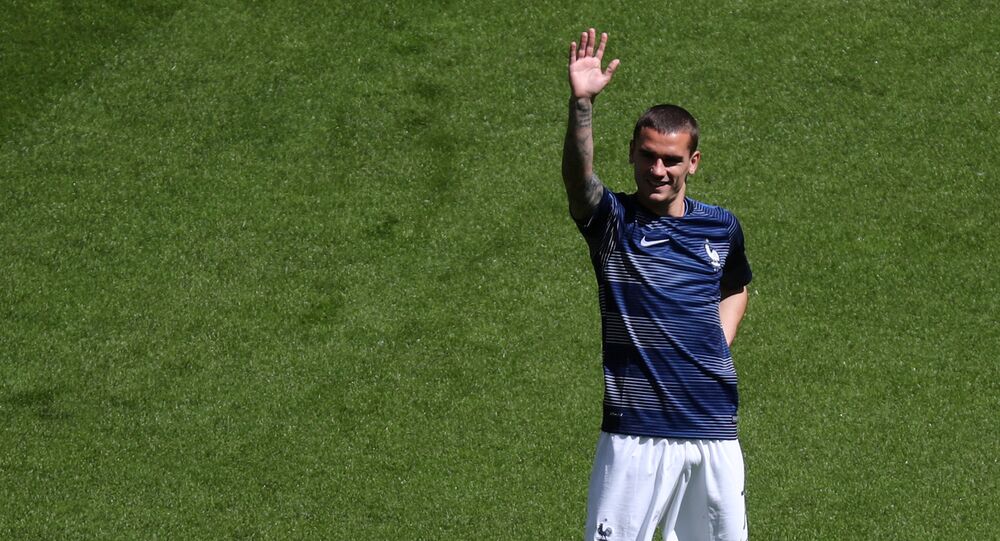 After the star of the French national team announced his decision to stay at Madrid’s Atletico, the President of Barcelona FC Josep Maria Bartomeu couldn’t contain his emotions at the thought of losing the top player.

Details of French striker Antoine Griezmann’s aborted transfer from Atletico to Barcelona, which was ready to pay €100 million for the player , have been revealed by the Catalan club’s star Gerard Pique.

The Spanish center-back spoke to the press following one of the most intense matches of the 2018 FIFA World Cup with Portugal, commenting on Griezmann’s revelation. The French player announced he’s not moving to Barcelona despite a generous offer in a documentary, which Pique proposed to do after Griezman told him that there was the possibility of coming to Barca.

"They are doing everything possible to make sure the team keeps growing. It's incredible. I can't take it anymore, I need to tell the people that I want to stay," Griezmann said in the film.

“I called Bartomeu and he was p***ed off because he wanted to sign Griezmann,”Pique said after the match with Portugal.

According to the Mundo Deportivo, the Catalan football star den had wanted to add Griezmann to its squad for more than a year, and now has no alternative signing for the French forward, and will headhunt for midfielders instead.

Griezmann’s decision may have “p***ed off” not only Barca’s boss, but also the Basque club Real Sociedad, which has had to give up on a €20m (£17.4m) windfall, provisioned with a clause into its €30m transfer deal with Atletico.

For the French striker, however, it was a gain, as Madrid’s club had has rewarded his loyalty with a salary increase to €20 million, according to the Spanish media.

The French forward is to start the 2018 FIFA World Cup with his national team in the match against Australia in Moscow.